It’s often said, after a reasonable period of time, that a manager “should know his best team by now” – even in this age of large squads and interchangeability.

But I think that, more or less, Jürgen Klopp has worked out his strongest XI, out of the squad he inherited – to the point where he rested all of them against the bruisers at West Brom. 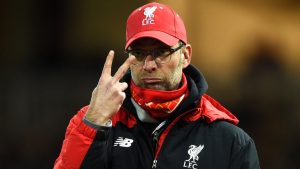 Certainly, based on who has been fit lately, the XI almost picks itself. But the more interesting – and exciting – question for the Europa League Final is Who makes the bench? The good thing about this question is that, with injuries clearing up and almost a full squad to choose from, there is actually an excess of viable candidates. That’s testament to the good work Klopp has done, reinvigorating and reinventing hitherto unfancied players.