May 29, 2016 In End of Season Player Review, Featured, Player In Focus, Subscribers Only

When will we learn, eh? Well, most of you reading this don’t need to learn, but large swathes of the wider fanbase certainly do; when will fans accept that young players usually take time to settle, as do players coming to England from overseas, so when a new signing ticks both boxes maybe they deserve a little leeway?

September 23rd 2015. Liverpool are struggling to get past Carlisle United of League Two in the Capital One Cup. Divock Origi, a twenty year old Belgian who has recently joined the squad (having been officially signed a year earlier) comes off the bench in the 34th minute to replace another new signing, Roberto Firmino, to make just his third appearance for the club. A search of Twitter suggests he wasn’t doing too well (and I stuck to a fairly mild swear word; far worse versions of this are available)… 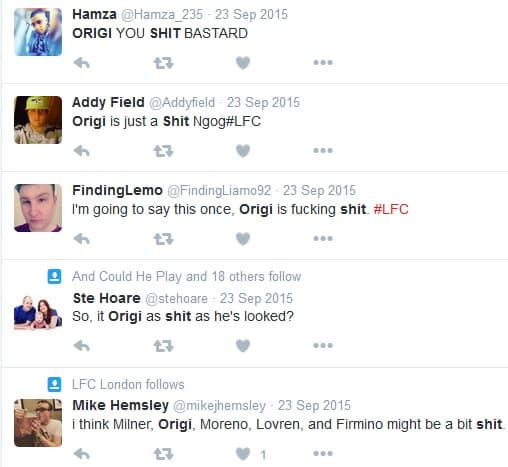 Granted, people say things in the heat of a match that they ultimately don’t mean, but surely a young lad who has just joined the team deserves more patience than this? Don’t all of our players warrant support anyway (though that’s a debate for a different article)?

This review is for Subscribers only.