Liverpool travel to Selhurst Park on Sunday lunch time – 1.30pm kick off UK time – looking to record a third consecutive league victory for the first time since March 2015, when we face Alan Pardew’s Crystal Palace. The Reds suffered Capital One Cup final against Manchester City last Sunday but the dominant 3-0 victory over Manchester City in the Premier League showed the quality that exists in the squad in overcoming that disappointment in emphatic fashion. 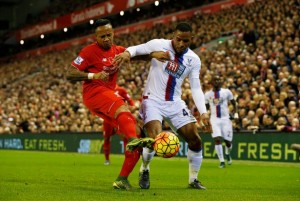 Liverpool struggled for goals in the first half of the season, scoring just 22 in the first 19 league games but since the turn of the year, the Reds have banged in 19 in their last eight in the Premier League, a statistic made more remarkable considering we failed to score in three of those eight games.

Crystal Palace have become something of a bogey side to the Reds recently having won the last three in a row home and away, and have lost only one of the last six league meetings (four wins and one draw). The corresponding fixture last season saw the Eagles secure a 3-1 win, a scoreline they repeated at Anfield to secure their first league double over Liverpool since 1991/92. Palace won again at Anfield 1-2 back in November and are looking to record back-to-back league doubles over Liverpool for the first time in their history, which would go a long way to securing their Premier League status for next season.

Six places and eight points separate Liverpool in 8th and Crystal Palace in 14th, with the former six points from 4th place and with an imminent Europa League tie against Manchester Utd to look forward to, while the latter sit nine points clear of the drop zone and have an FA Cup quarter-final tie at Reading next Saturday.

Palace’s league form has dipped alarmingly since the turn of the year when they were as high as 5th at the halfway point of the season after 19 games played, two places and one point above the Reds. Since then, the Eagles have drawn two and lost seven in the Premier League scoring eight and conceding 21, with their only victories coming in the FA Cup.

Liverpool’s record against teams managed by Alan Pardew (all competitions): 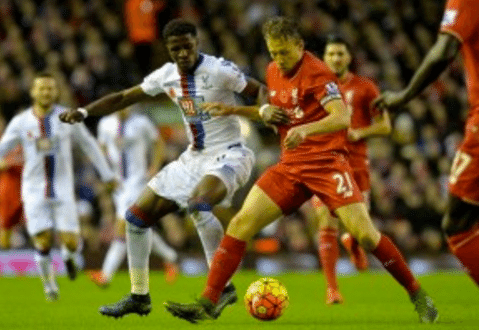 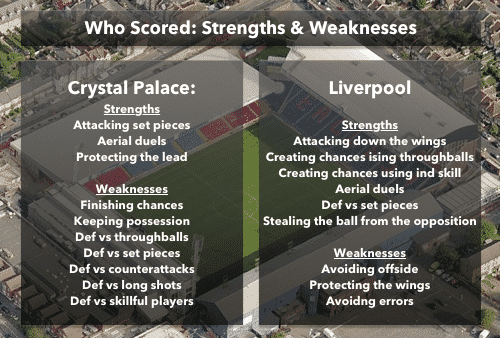 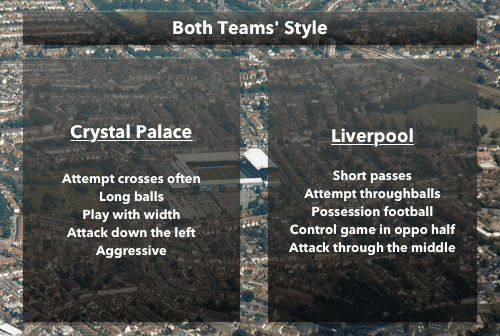 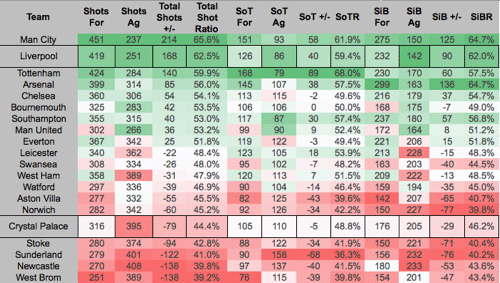