“Football-related superstition” sounds like an undesirable medical condition, and to some extent it is… 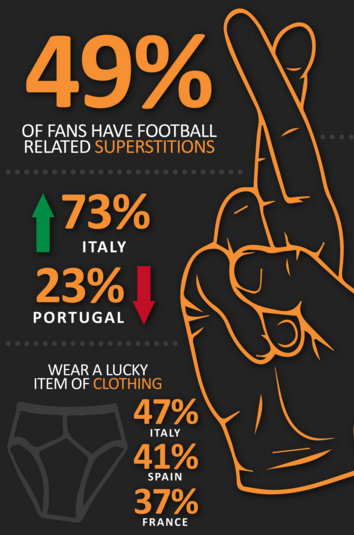 I say that because it was tempting to remove the “out on away goals” element from the title, for fear of jinxing our precarious position in the Europa League tie against Augsburg. That’s how the brain synapses of football fans work. Superstitions and narratives reign supreme. 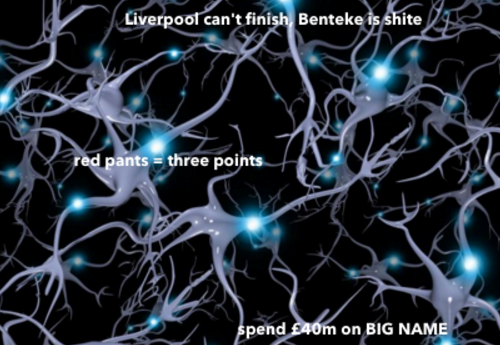 If half of all football fans believe their own actions, in the stand, or at home watching on TV, influence football matches, what chance have we got trying to explain the importance of random chance in football? A coin flip, probably. Imagine thinking that the colour of your pants relates to your striker’s ability to finish. We’ve all done it.

My original intention was to write a basic stats round up of the Premier League season so far, looking at some underlying figures for Liverpool, but there’s no point when others like James Yorke on StatsBomb do it better:

When everything doesn’t go your way…

For Liverpool, it’s not even funny any more…

Soap operas would reject this serious of events for implausibility yet this and further defensive woes have been enough to undermine a reasonably encouraging numerical base. A lot has been written about the low quality of shots during Jurgen Klopp’s reign, but regardless, they have taken a good volume of them: nearly 17 per game. The on-target rate is comparatively poor at around 4.4 per game (26%), which reflects the lack of success from range but where the silliness occurs, where things haven’t gone Liverpool’s way, is at the other end. The positive side is that they have conceded very few shots. In twelve out of seventeen Klopp games, they have allowed nine or fewer shots. Only defeats against West Ham and Leicester have seen the opposition create a good volume of shots and shots on target and otherwise, for volume, they have been superb at suppressing the opposition.

The trouble starts when you refer once again to how many of these shots have been kept out of goal. Season long, Liverpool have saved 57.6% of the on-target shots they have faced compared to a league average of 69.4%. This is a lower rate than Bournemouth (who have had a horrific season preventing chances and goals), and is lower than any full team season recorded over the last six years.

It is safe to say Liverpool this season, in the random scheme of things, are on the bottom end of the Lady Luck Scale.

If you clicked the link to James’ article above, you would also see the phenomenon that is Leicester City. Are they lucky?

Internet Football Troll: “Look at this Liverpool fan, using number magic to downplay the achievements of the greatest story and narrative in the history of the Premier League.”

That’s why stats fans use numbers, to destroy the dreams of others. And of course, there are so many factors involved in the Leicester City success story, including these three below:

I recommend you read the first two links above, especially the one about in-depth preparation, and how that translates to the players. Furthermore, other Premier League clubs are taking notice, with Arsenal moving swiftly to appoint the scout who spotted Mahrez and Kante, Ben Wrigglesworth.

Remembering all of the above, here’s a little bit of context about the Foxes’ underlying numbers this season, again from James Yorke:

When you base a season for the ages on year-long super high conversion rates then ride a tough schedule with an extremely high save rate, it’s clear that things are going your way.

For now Leicester’s 14.2% all shot conversion rate places them 4th in a list of teams during the era for which data is public (2009-10 onwards). The teams above need little introduction, each well known for attacking prowess that propelled title challenges: 2013-14 Manchester City and Liverpool and 2012-13 Manchester United. Two titles and a second place finish for these three, yet the following season found a second for City, a 6th for Liverpool and a 7th for Moyes’ Manchester United.  Leicester are in good, but unsustainable, company here. Each team brilliant in its own way, yet also at the absolute top end of conversion.

In another dimension Liverpool and Leicester could have swapped positions this season, playing the exact same matches, in the exact same way, with just a 5% swing in goal conversion at the right time. Nonsense, you might scream! You might be right. Although Liverpool are running at 9.1% and Leicester at 14.1%. The last time the Reds posted a similar goal conversion rate to the current league leaders, we nearly won it, only to be beaten by the team with the best conversion rate ever (since 2009, because obviously arbitrary cut off points are another crucial part of the modern day game). So, even when we were lucky, we lost to the luckiest.

The emotions of the match lead to easy narratives that prevent effective analysis whilst encouraging lazy conclusions, despite ignoring the evidence that points to random chance.

What if these next three statements and quotes are true?

The rest of this analysis is for TTT Subscribers only. And that’s just one reason why you should consider becoming one …