Liverpool play their 39th major cup final* on Sunday when we compete against Manchester City in the 2016 Capital One Cup final at Wembley: 4.30pm kick off UK time. Liverpool supporters have been allocated seating in the West End side of the stadium with City in the East End, with both clubs allocated around 31,500 tickets each, although it’s guaranteed there will be far more Liverpool supporters in attendance than what has been allocated to the club. Both sides will be wearing their usual home colours.

* Excluding one off games such as community shields and Super Cups etc.

The Reds have failed to lift a trophy since their 2012 success in this competition and this will be our 12th appearance in the final, a tournament record. The prize money for the winners stands at a cool £100,000, while the winners also gain entry into next season’s Europa League at the third qualifying round stage.

Speaking of tournament records Liverpool certainly aren’t lacking in this department. We’ve won the trophy more times than any other side (8), hold the record for the biggest victory (10-0 against Fulham in 1986), while Ian Rush holds records for most tournament wins (five), most joint final appearance (six shared with Emile Heskey) and highest joint goal scorer (49, shared with Geoff Hurst). 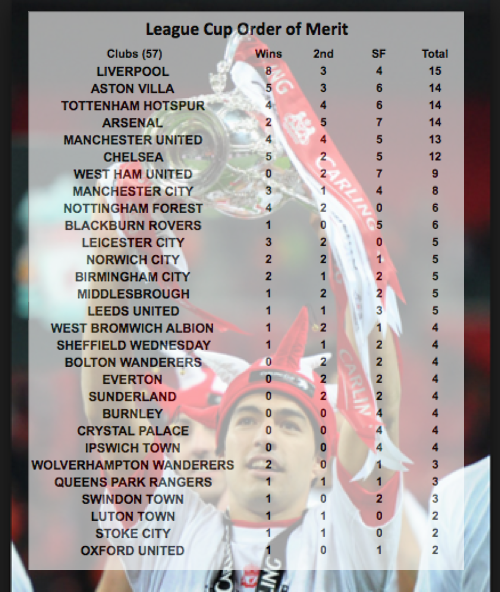 The Week That Was - Friday 26th February