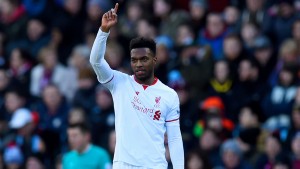 Liverpool return to Europa League action on Thursday evening with a trip to Jürgen Klopp’s homeland to face Bavarian side FC Augsburg in the last 32 1st leg tie at the WWK Arena: 8.05pm kick off UK time. This two legged tie against a side who sit one point above the relegation zone in the Bundesliga are the only games we play before the Capital One Cup final against Manchester City at the end of the month, with the second leg at Anfield taking place just three days before the final.

Markus Weinzierl’s side finished as runners up in Group L with nine points, four points behind Athletic Bilbao who topped the group, with the German side winning three and losing three of their six group games. Two of those defeats came on home soil against Partizan Belgrade (1-3) and Athletic Bilbao (2-3). This is their first season in European competition.

Augsburg’s struggles at home aren’t confined to Europa League with just two wins from 11 in the Bundesliga with ten goals scored and 16 conceded. After winning just one of their opening 12 league games (a 2-0 home win over Hannover), the Fuggerstädter have recorded four wins, three draws and two defeats from their last nine in the league, keeping six cleans sheets during that sequence.