Oh dear, West Ham complete a very convincing double over Liverpool this season, and the Reds’ top four hopes hang from a thread after their third defeat in recent weeks.

This was quite possible the worst exhibition of shooting by any Liverpool side in the history of the Premier League:

Twenty-three shots by the away team, only nine in the box, but quite incredibly we only managed ONE on target. As opposed to the Hammers’ ten that tested Mignolet. 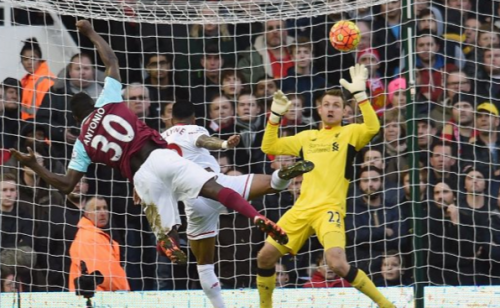 Please find some of the reasons below, such as Benteke’s lack of movement, Coutinho’s poor decision-making this season, Ibe’s inability to dribble properly, Lucas being over-run, Clyne being left to deal with Carroll in the air, and the Reds’ frustration trying to get past a deep-lying defence.