The Week That Was – Friday 20th November

The Week That Was – Friday 20th November

Former Liverpool striker Ian Rush was no stranger to raising the odd trophy in his Reds career and he was at it again after Liverpool beat Manchester United 2-0 in a legends match in Singapore, with Luis Garcia and Dietmar Hamann getting the goals. Alongside an image of him lifting the trophy, he tweeted:

Mario Balotelli, 25, on loan at AC Milan from Liverpool, might miss Euro 2016 following reports he will have groin surgery. (The Times) Balotelli will be out until the New Year as the 25-year-old, on loan from Liverpool, is sent to Germany for a groin operation. (Daily Mail)

Martin Skrtel, 30, channelled his ‘inner Simon Cowell’ by making an appearance as a judge on Czech and Slovak talent show Superstar, before his country’s friendly match with Iceland on Tuesday. (Daily Mail)

One of 17 pairs of football boots designed for the final games of Steven Gerrard‘s Liverpool career have sold on eBay, raising £40,000 for the British Red Cross Europe Refugee Crisis Appeal. (Daily Mirror)

Ahead of World AIDS Day on December 1, Liverpool FC’s main sponsor Standard Chartered has today launched its ‘Positive Living Around the World’ campaign – which aims to promote education and reduce stigma around HIV and AIDS. (LiverpoolFC.com)

The programme wants people to educate themselves about HIV and AIDS and reinforces the message that everyone – regardless of their HIV status – is entitled to a positive and healthy life.

To show the club’s support for this campaign, manager Jürgen Klopp and Reds stars Emre Can, Philippe Coutinho and Jordon Ibe recently performed an ‘Around the World’ – a football trick that perfectly mimics the shape of the World AIDS Day ribbon.

Liverpool are in talks about a reunion with Steven Gerrard – but not as a Reds player. (BBC Sport)

The club are planning another USA tour next summer and a game against Gerrard’s new side, LA Galaxy, is top of the wish list.

“That’s something we have on our radar of ideas,” Liverpool chief executive Ian Ayre told BBC Sport in New York.

“Steven is back in Liverpool at the moment, so I’m sure we can have a chance to see what he thinks.”

Manchester United winger Jesse Lingard, 22, says Liverpool made an offer for his services before he arrived at Old Trafford as a youngster.(Sky Sports)

To celebrate its five millionth Twitter follower this week, Liverpool FC are running a unique competition to allow one fan to become the club’s official number five for a day. (LiverpoolFC.com)

The Reds have decided to go for quality over quantity when it comes to the academy from now, cutting numbers within the various age groups over the past 12 months.

The total number of youngsters on the club’s books has dropped from around 240 to under 200.

In a wide-ranging interview with the ECHO, Liverpool Academy director Alex Inglethorpe revealed how it’s part of a strategy designed to focus their resources on the most talented boys in order to bolster their bid to get more players through to the first-team set-up.

“The definition of Academy is that it should be a place of elite,”

“It should be the case that when you look a player or their parents in the eye, you think there’s a genuine chance of them ending up playing for Liverpool.

“Often it does the parents and the players a disservice if you are taking boys just to fill up numbers. That doesn’t seem right to me. Often those boys will go to other clubs, be happy and stand a far better opportunity themselves by playing regularly.

Mama is good news. It’s not that serious as we thought in the first moment. 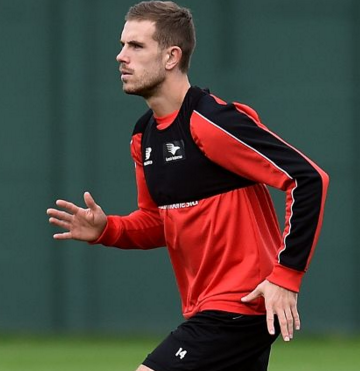 Klopp also spoke about Sakho’s replacement in the centre of defence, last year’s £25m signing Lovren. He adds that there is the possibility of changes in January and during the summer window:

“With Dejan, there will be absolutely no problem. These two guys [Skrtel and Lovren] are healthy and everything is good.

Dejan has done a really good job since I’ve come in here.

I saw his first game for Liverpool – it was against Dortmund when we lost by four. He was brilliant on this day.

As long as these two guys are feeling good we don’t have a big problem. Mamadou is not 20 weeks out, it will be earlier than that so that’s good for us too.

We will have the possibilities to change some things in January and in the summer.

But in this moment we have made no decisions because we don’t have to make them yet.

To make a final judgement on the players here I need much more time. But the players know that at one point in the season you have to make a decision about them.

We are at a time when they can collect positive arguments and say: ‘okay, we want to work together’. I don’t need to say this to them, they know it. In this moment we have made no decisions so I have time to judge.” 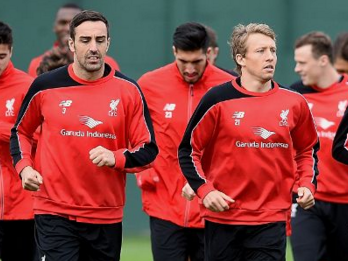 Lionel Messi is open to leaving Barcelona for a move to the Premier League, with Arsenal his preferred destination. But the 28-year-old forward wants £600,000-a-week. (Daily Star)

Arsenal keeper Petr Cech says it is “hard to believe” the plight his former club Chelsea are in as they lie 16th in the Premier League in defence of their title. (Tyden via London Evening Standard)