No fan likes seeing one of their beloved club’s best players leave. And while there probably is a right and a wrong way to make an exit, it’s not always that simple in terms of how it will affect perceptions.

However, if there is a wrong way – a way that fans can’t stomach – then Raheem Sterling certainly resembles the poster boy for the art. He didn’t quite go the Fabian Delph route of saying that there was no way he was leaving before he left, but he did threaten to ‘down tools’, and all manner of public statements (and interviews) showed that he was desperate to leave. These statements seemed disrespectful to the club, and therefore offensive to most fans.

Maybe it doesn’t help that he has an agent who, rather than protect his client’s interests (and PR perceptions), seems to engineer antagonism. It’s hard to recall more distasteful messages coming from an agent as he agitated to remove Sterling from the unimaginable hell of a regular place in the starting XI of one of the world’s most famous clubs, which enabled him to become an England fixture, with £100,000-a-week on the table if he chose to accept it. All at the age of 20. Unfortunately, though some compared him to John Barnes, he lacked the Liverpool legend’s decorum.

Aidy Ward might be a rich man – particularly with a £2m windfall on the back of his client’s move to Manchester – but I get the impression that he’s not a very smart one. 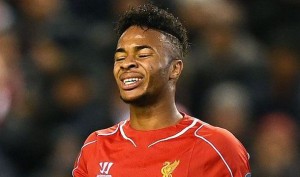 The Week That Was - Friday 20th November