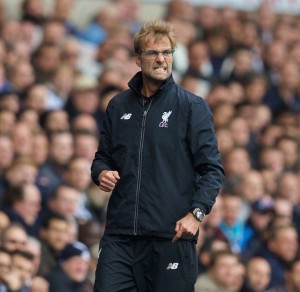 Jürgen Klopp takes charge of his first game at Anfield as Liverpool manager on Thursday evening – 8.05pm kick off UK time – and you can bet there will be more in attendance than the 37,252 that witnessed our 1-1 draw with Sion in our last Europa League match on October 1st.

Russian side Rubin Kazan are our opponents on Matchday 3 in Group B, and like Liverpool, they are looking for their first win in the group stages having lost 1-2 at Sion on Matchday One, followed by a 0-0 draw at home to Bordeaux on Matchday Two. Their struggles aren’t confined to European competition however, as they’ve won just three, drawn one and lost eight in the Russian Premier Liga, scoring 11 and conceding 18. Their poor form has left them in 12th place in a 16 team league, three points off the bottom and a mammoth 22 adrift from league leaders CSKA Moscow.

This will be Liverpool’s 14th meeting against Russian opposition with our first encounter coming during the 1979/80 season where we faced Dinamo Tiblisi in the first round of the European Cup. The Reds claimed a 2-1 victory at Anfield in the first leg but went down 0-3 in Russia, exiting the competition 2-4 on aggregate. The 1992/93 Cup Winners’ Cup was the stage for our next meeting with a Russian side, this time Spartak Moscow were the opponents in round two of the competition. The Reds went down 2-4 in Moscow and 0-2 at Anfield, losing 2-6 over the two legs.

Three years passed before we faced our next Russian opposition, with Spartak Vladikavkaz the opponents in the first round of the 1995/96 UEFA Cup. The Reds won 2-1 in Russia and played out a 0-0 draw at Anfield to progress to the second round. Ten years after Spartak Moscow handed Graeme Souness’ Liverpool a European lesson, Gerard Houllier’s Reds had the chance to set the record straight in the 2002/03 Champions League Group Stage where Liverpool were drawn to face Basel, Valencia and Spartak Moscow. Liverpool thrashed the Russians 5-0 at Anfield and 3-1 in Moscow but it wasn’t enough to progress further in the competition with Valencia and Basel finishing ahead of the Reds in their group.

Liverpool once again faced CSKA Moscow in 2005 in the European Super Cup in Monaco with Rafa Benitez’s European Champions winning 3-1 against the UEFA Cup holders.

Anzhi Makhachkala were our next Russian opponents in 2012/13 in the Europa League group stages with Brendan Rodgers’ side winning 1-0 at Anfield but losing by the same score in Russia. The Reds progressed to the last 32 of the competition that season only to face another Russian side – Zenit St Petersburg – who eliminated the Reds via the away goals rule having won 2-0 in Russia with Liverpool winning 3-1 at Anfield in the second leg.