Liverpool kick off their 2015/16 Premier League campaign with the chance to gain some redemption against Mark Hughes’ Stoke City on Sunday afternoon; 4pm kick off UK time. Stoke’s 6-1 humiliation of the Reds on the last day of last season was our heaviest defeat for 52 years and ended  a frustrating season for everyone connected with LFC in the worst possible way.

Since then Brendan Rodgers has kept his job while Colin Pascoe and Mike Marsh were less fortunate and shown the exit door along with Raheem Sterling, Glen Johnson, Rickie Lambert, Sebastien Coates, Javier Manquillo (loan ended early), Iago Aspas and Brad Jones. Steven Gerrard of course has begun his new career in L.A. and it will be interesting to see how we adapt without his experience and leadership around the club. 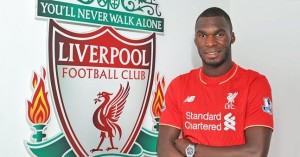 With so many outgoings it’s hardly surprising there has been an abundance of new arrivals, both on and off the pitch. Liverpool have brought in Sean O’Driscoll to replace Pascoe as Rodgers’ assistant manager, added Gary McAllister as first team coach and promoted highly regarded youth coach Pepijn Lijnders to the new role of first-team development coach. On the playing side, the Reds have brought in seven players: Roberto Firmino, Joe Gomez, Adam Bogdan, Danny Ings, James Milner, Nathaniel Clyne and Christian Benteke, with Divork Origi returning from his loan spell with Lille to finally begin his LFC career.