So far, 2015/16 has been a perfect start for Liverpool, and yet fairly concerning at the same time. Despite sitting joint-top, with six points from six, people took to phone-ins last night to demand Rodgers be sacked. When I retweeted the Guardian’s Sachin Nakrani pointing this out, people replied to me “but really, he should go”. (Rodgers, not Nakrani.)

I do share some concerns over selection and performances, and the officials certainly helped Liverpool out last night; but on top of two clean sheets the Reds have conceded the fewest attempts on goal at this early stage of the Premier League. Yes, it’s not been against the top attacking sides, but even so, it’s a solid stat, aided only slightly by a fortuitous “foul” on Lovren.

As much as I want to see the players I like being fielded, that’s not the job of the manager.

To my mind, whether or not a manager has ‘favourites’ (and obviously any manager will have players he trusts and/or rates more than others), his job is to win games. If Rodgers overlooks better options to simply prove a point, then unless he wins enough games he will get the sack, and deservedly so.

If he wins enough of the 38 games and people still think he’s trying to prove a point, then maybe he actually just proved that point.

My sense is that he’s dropped, bombed-out and sold players that he himself has bought, and it’s only been an issue to some observers when it’s been the players whose purchases he didn’t drive, in which case it gets labelled as an agenda. And he has had no problem whatsoever in playing the committee purchases who he feels are clearly good enough (Coutinho and Sturridge, for starters, and based on what he’s said, Firmino will surely follow).

Despite that, in a squad of increasing depth, he seems to be making one or two decisions that are hard to fathom from the outside. But then, as outsiders we don’t know all the facts. 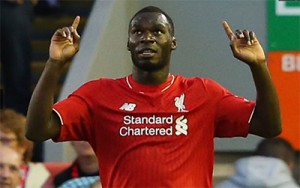