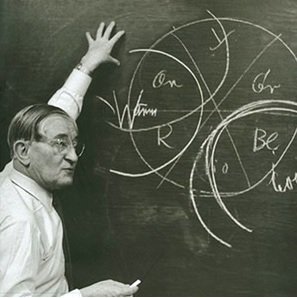 I have a problem with football. You might have the same problem too. In fact I’m pretty sure you do. And I’m pretty sure that you don’t realise you have this problem either. And the reason I can confidently say that is because I just invented the problem. Until someone comes up with something better, I’m going to call it ‘player-blindness’.

You and I think we can see footballers, but we can’t. And we’re not alone. Nobody can. Nobody ever has, and nobody ever will.

That may sound like a pretty bold opening statement, but the evidence is all around you. Every comment that everyone makes when talking about players gives away the clues that we really cannot see the very thing we’re trying to describe. Before, during and after games, whether it be this player was 4/10 and that player was 9/10, or this player has mistakes in him, and that player makes a rare stray pass. Before, during and after transfer windows, whether it be ‘this player is crap’ and ‘that player is pure class’, this player is the first name on the team sheet or that player is a waste of a shirt, or looking for ‘proven winners’ or getting rid of the ‘dead wood’.

Whether they are fans, tweeters, journalists, commentators, pundits, statisticians, players, ex-players, managers, transfer committees, owners, or agents, they all talk as though they can see the player, but they are all kidding themselves and everyone else. We’re all ‘player-blind’.

The core issue is that we always, always, always talk about the player in isolation. We talk about good players and bad players, losers and legends. We point to a player’s fee as proof, but that is just a reflection of the market. A player’s transfer fee is just what someone is prepared to pay. Just like the housing market, the player’s value is not found within the player. The player’s value is found within the buyer’s wallet.

We point to a player’s medals and appearances, but if that were a true measure of anything what would that tell us about Pegguy Arphexad, who played two games for Liverpool and won six medals?

Paul Tomkins’ applied Transfer Price Index work has revealed one ‘law’ after another to be no more than myth (or even ‘superstition’).

1) A big money signing will buy you success – Myth!

Of course sometimes superstitions do ‘work’, in the same way that slot machines sometimes ‘pay out’.

We look at stats to judge a player. We list the number of goals scored, the number of assists, etc. But if I am not in a team that provides assists I will not be getting the goals. And so, taken in isolation (as they routinely are), my numbers make me look ‘bad’. If I am in a team where I provide assists for someone who fails to turn them into goals, again, in isolation, my numbers make me look ‘bad’. At best the numbers say that in some undefined contexts I have ‘shone’ and in others I was ‘dull’.