The Holy Trinity of Player Recruitment

The Holy Trinity of Player Recruitment

Football player recruitment has seen numerous advancements in recent years. The adoption of data analysis techniques, the Moneyball phenomenon and the introduction of tailored scouting software has all led to increased knowledge and understanding when it comes to investing in players.

So why do so many professional clubs still get it spectacularly wrong?

Buying footballers and paying their salary invariably involves spending lots of money, so clubs need to ensure that purchasing players becomes less of a gamble and more of a measured investment.

Football analysts over at the Tomkins Times found that just 40% of transfers in football can be deemed successful. Their Transfer Price Index (TPI) calculates current values of players taking into account inflation.

Paul Tomkins explained that this is a logical conclusion, as not all players will be signed for the first eleven, meaning some squad players will inevitably be deemed failures. This is an important part of these findings:

“Now, even though I used only objective data points to prove this fact, this is actually logical, as roughly only 40% of any given squad will be in the starting XI. Everyone has to buy squad players, but not all of your squad players can be seen as successful – indeed, most of them won’t be, because by virtue of being a squad player you are not in the team.”

With this in mind, the most important signings to get right are those which are bought to go straight into the first eleven. It’s imperative that these purchases get much closer to the 100% success mark, and whilst there have been improvements in the objective analysis of players over the past decade, there is still work to be done.

The collection of data is important in professional football, and the analysis of this data even more so. Every professional club should employ an analyst to help with recruitment, but only to help with it; not be the overriding part of it.

No club should reach the stage where they’re signing a player just because a set of numbers told them to, or turning down that wonderkid because a computer said “no”.

Scouting. Traditional scouting should always have a place in football. To discard it would be detrimental to the process, and would neglect important personal and mental aspects of judging players.

Data Analysis. The understanding of data produced by a player, and using it to assess what they’re likely to bring to the team.

Tactical Analysis. An evaluation of the players’ tactical suitability should be taken into account, looking at the systems they’re used to playing in and their general tactical awareness on the pitch.

None of the three should be more important than the other, but since the publication of Michael Lewis’s book Moneyball and the accompanying film, extra attention has been paid to the analytical side of the game, sometimes at the expense of traditional scouting.

Abandoning useful old methods, and ignoring the personal side of scouting players, would be as remiss as signing players purely on a “hunch”, and could even nullify any gains from the analytical side of judging players.

The three should be working together towards a predefined club philosophy, which is then implemented on the pitch by a suitable head coach/manager. This prevents upheaval every time staff are changed, and also means everyone is working on the same page.

Fans will look for a single person to blame, but clubs need to forget about that and work towards one set of ideas. This manifesto should lay out how the club is to be run, the general playing philosophy, and the club’s historical ideals. It’s then the director’s job to implement this plan by appointing staff who will work to it with minimal objection.

The third of the trinity mentioned above – tactical analysis – is perhaps the least discussed area of recruitment, and an area which is underused by professional clubs.

It could be said that data analysis has revolutionised player recruitment. The ongoing improvement, and increased understanding within this area of the game will continue to decrease the chances of a team signing a dud. But a similar revolution is needed in tactical analysis.

Data analysis of the player will build a profile based on the numbers, but if these are produced in a tactical system which differs to the one at the buying club, then the data and subsequent analysis could be useless.

The tactical variables would include things like the depth of a defensive line, type of marking, attacking style, the strengths of key team-mates, and basic formation. This merely scratches the surface. There are a plethora of tactical aspects to take into consideration, and they must be considered if a club is to reduce the risk of an expensive player failing on the pitch.

There are numerous examples of big money players who’ve looked world class at one club, but then flattered to deceive in a new team, and big money or not it’s likely that most clubs will have fallen foul of this error at some point in their recent history.

However, the players unforgivingly labelled as “flops” don’t become bad players overnight, and it might be more accurate to point the finger of blame at the lack of tactical analysis at the recruitment stage, rather than at the players themselves.

Investing in football players is big business. Getting value from a competitive and often unfair market requires an increasing amount of skill, research, sound judgement, and luck. If a club can eliminate any reliance on the latter they’ll be well on their way to success, both financially in the transfer market and on the pitch.

Tactical analysis should be the next big step towards lessening the gamble.

*Player fitness and reliability should also be taken into account, but rather than becoming a fourth area in the recruitment process, the other three elements should take sports science elements of player assessment into account as a matter of course. A player’s fitness and injury history should be considered as important as any technical or mental aspect. 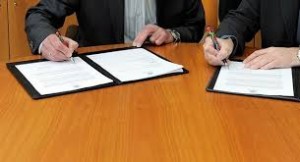 The Week That Was – Friday 22nd May

Steven Gerrard - In Our Own Words