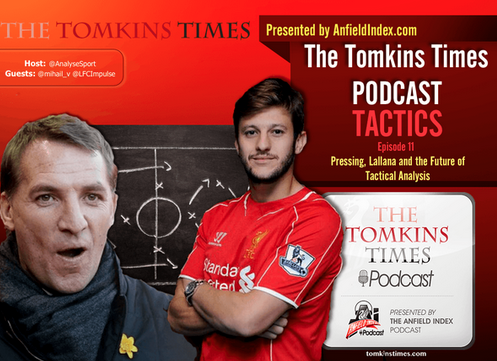 The lack of tactical pressing by Liverpool under Rodgers, how this contrasts with perceptions about the Reds, and why the players’ individual attributes drive any pressing, rather than any coordinated plan. Which teams press well around Europe? Ruling out the issue of fatigue, especially over the long term. One player’s inability to press should not impact the team so significantly. The best ‘presser’ should be the manager, because a lack of mobility is not a good enough excuse for a inability to press.

Does Adam Lallana suffer from Joe Allen-Syndrome? Does the current system nullify his biggest strengths? Whereas, at Southampton, he was allowed to start wide and drift inside with complete positional freedom, and was able to get the best out of the players around him.

The future of tactical analysis, not only within clubs, but also in the mainstream, and why tactics might have the same influence on fans as stats have had in recent years.

What Wins League Titles? Here is the Answer