Two of the in-form teams of 2015 meet at the Emirates Stadium on Saturday – 12.45pm kick off UK time – with 3rd place Arsenal hosting 5th place Liverpool. The 1-2 defeat to Manchester Utd at Anfield prior to the international break ended our 13 game undefeated run and increased the gap between ourselves and Man Utd to five points. With eight games remaining and 24 points still up for grabs, a 4th place finish is still attainable but defeat against the Gunners combined with a Man Utd victory at home against Aston Villa, would require a near faultless end to the season for Liverpool. 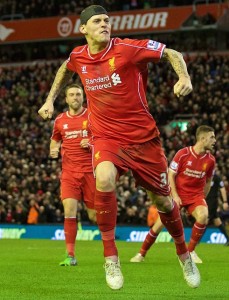 Liverpool have won just one of the last 14 visits to the Emirates in the Premier League – a 2-0 victory in August 2011 – suffering seven defeats and drawing six, so despite the Gunners’ excellent recent home form, the Reds are well overdue a victory at Arsenal. The corresponding fixture last season ended with a 2-0 win for the Gunners, with goals from Cazorla and Ramsey.