Liverpool face Aston Villa in the semi-final of the FA Cup at Wembley on Sunday – 3pm kick off UK time – in what will be the fourth time these two sides have met at this stage of the competition. In their first meeting back in 1897, Aston Villa secured a 3-0 victory to progress to the final and went on to claim the league and cup ‘double’ that season. The sides met again in 1914 which Liverpool won 2-0 to set up a final against Burnley, but the Reds would taste defeat in their first FA Cup final appearance losing 0-1. More recently, Liverpool and Villa met at the semi-final in 1996, which Liverpool won 3-0 to set up a final against Man Utd. Just like 1914, Liverpool lost the final 0-1 in what was a forgettable day on and off the pitch for the Reds. 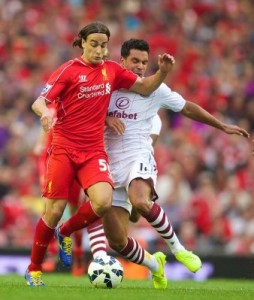 Villa’s route to the semi-final has seen them overcame Blackpool (1-0; 3rd round), Bournemouth (2-1; 4th round), Leicester (2-1; 5th round) and West Bromwich Albion (2-0; quarter-finals) all at home at the first time of asking. In comparison, Liverpool eliminated AFC Wimbledon away (2-1; 3rd round), Bolton Wanderers away in the replay (2-1; 4th round), Crystal Palace away (2-1; 5th round) and Blackburn away in the replay (1-0; quarter-finals) in what will be our 24th FA Cup semi-final appearance.

This preview is for Subscribers only.

The Week That Was – Friday 17th April