Neither manager sprang any surprises in their starting XIs. For Swansea, Fernandez missed the game due to family reasons which necessitated Amat to start next to Williams at centre-back. The rest of the side was as expected with Monk lining-up his side in a diamond formation.

Rodgers too made only one change to his usual 3-4-2-1 formation, with Sakho replacing Lovren on the left of the backline unit. The only thing close to a surprise from either manager was Sterling and Lallana’s positions being swapped, with the latter now playing at wing-back (in the past two games the former was preferred for this position). 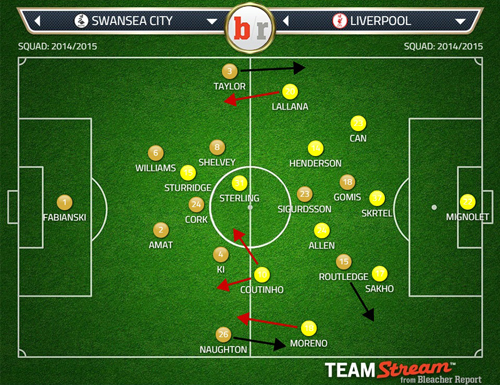 One of the main tactical talking points prior the game was whether or not Monk would be brave from the start and ask his players to press Liverpool’s narrow shape in the same way as against Man Utd’s diamond a few weeks ago.

As it was, bar the sporadic individual efforts of their front players, Swansea didn’t really approach the game with the same pressing vigour. The main reason was due to how exactly the home side was set up (more on this below) – they simply didn’t have the bodies to occupy Liverpool’s central back five players to initiate such a fierce pressing from high up. Instead, due to their congestion of players in deeper zones, Monk’s team was very much able to shut down the centre and counter-press to quickly regain the ball, making it hard for Liverpool to progress the ball dangerously further up the pitch. 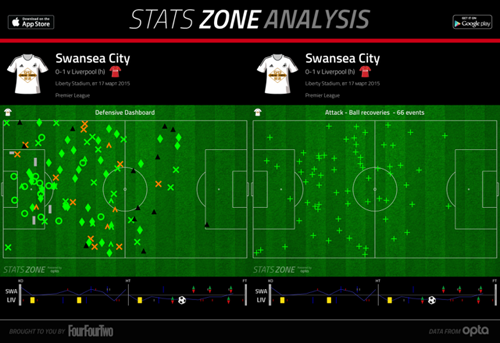