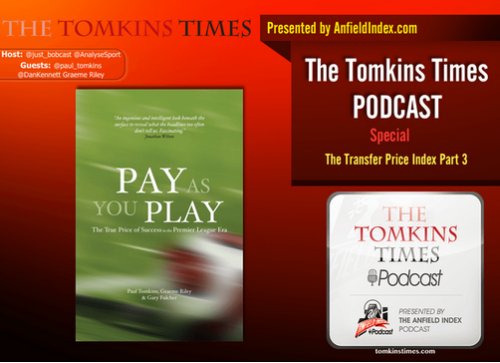 Topics: Competitive balance, and how the league is being squeezed; the Premier League is not the “most competitive league in the world”; breaking up the oligopoly; how much of the total spending comes from the top eight teams in the league; the lack of revenue-sharing or salary caps; the ‘Title Zone’; controlling the transfer market; wastage: how much of the value of the squad is not on the pitch at any one time?; Financial Fair Play; The Suarez Scenario… [sobering silence]; the future of The Transfer Price Index; the correlation between wages and transfers; full transparency in the transfer market.

Pay As You Play: The True Price of Success in the Premier League