Liverpool travel to Selhurst Park for Saturday’s late kick off where Crystal Palace stand in the way of us and the quarter-finals of the FA Cup; 5.30pm kick off UK time. The Eagles recorded a 3-1 victory when the two sides met in the Premier League back in November in what was arguably our worst performance of the season to date, so there should be plenty of motivation to set the record straight against Alan Pardew’s side.

Crystal Palace have beaten Dover Athletic away 4-0 in the third round and Southampton away 3-2 in the fourth round to reach this stage, while Liverpool have knocked out AFC Wimbledon 2-1 away (third round) and Bolton Wanderers 2-1 away (fourth round replay) after drawing at Anfield 0-0. 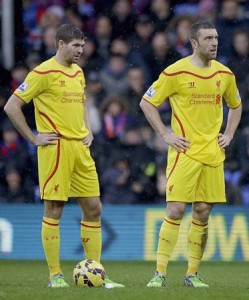 Liverpool and Palace have been drawn against one another on four occasions in this competition and three of those four have needed replays to find a winner, with the semi-final in 1990 the only tie to be settled at the first time of asking, albeit needing extra time and seven goals before a victor was declared. The last meeting in the FA Cup was at the fourth round stage in 2003 at Selhurst Park with the match ending 0-0. Crystal Palace then went to Anfield and recorded a 2-0 victory in the replay courtesy of second half goals from Julian Gray and a Stephane Henchoz own goal. That victory was Palace’s second ever triumph at Anfield in 20 matches.

What Should Liverpool FC's Priority Be Now?