Liverpool will be hoping to get back to winning ways in the Premier League when they face Sunderland at the Stadium of Light on Saturday; 12.45pm kick off UK time. The Reds’ hectic schedule continues with back to back away games in the league (a trip to Aston Villa follows this fixture), then the FA Cup fourth round tie against Bolton is sandwiched between the two legs (er…) against Chelsea in the semi-final of the Capital One Cup. Liverpool then end the month with the visit to Anfield of West Ham Utd in the league, meaning the Reds have six games in the space of 21 days.

Sunderland have recorded just one win at home in the league all season (a 3-1 victory over Stoke back in October), the fewest home wins in the division shared with Leicester. Their total of 11 draws is the highest in the league, with six of those draws coming at the Stadium of Light (the most draws on home soil this season). The stats don’t get any better for the Black Cats. Their tally of ten goals scored at home is the joint second lowest (Burnley and Aston Villa with seven have scored less) and only West Brom with 16 goals scored against, have conceded more at home than Sunderland’s total of 15. 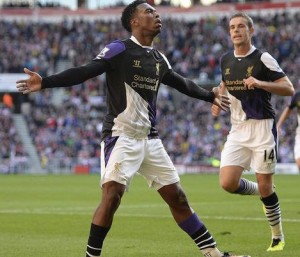 Unsurprisingly given the above, Sunderland find themselves in 14th place – three points above the relegation zone – but can take solace from the 0-0 draw they got at Anfield back in December. They’ve also managed to hold Man Utd, Spurs and Chelsea to draws at the Stadium of Light this season. Liverpool did win the corresponding fixture last season 3-1 with Sturridge and Suarez (2) on the scoresheet. Liverpool would need a big victory over Sunderland and for West Ham to suffer a heavy defeat in order for us to leapfrog the Hammers, who are currently 7th with 32 points with a goal difference of +7.

The rest of this article s for subscribers only.