Liverpool kick off 2015 with the visit of Leicester City to Anfield on Thursday: 3pm kick off UK time. All 20 Premier League clubs are in action on the same day and with 7th placed Spurs hosting leaders Chelsea, the Reds could move up above Tottenham if results go our way on New Year’s Day.

Leicester’s 1-0 win at Hull was their first Premier League victory since the 5-3 triumph over Manchester Utd at the King Power Stadium back in September; a run of 13 games without a win which included two draws and 11 defeats. Unsurprisingly the foxes are bottom of the league with 13 points from 19 games although despite their struggles they are just three points adrift from safety. 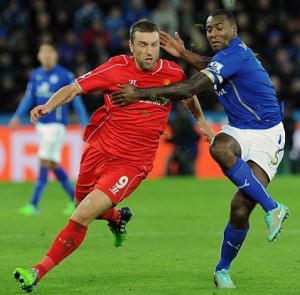 Liverpool secured a 3-1 win at the King Power Stadium back in December with goals from Lallana, Gerrard and Henderson cancelling out a Mignolet own goal. The last time the sides met at Anfield was in September 2003 with Liverpool sealing a 2-1 win courtesy of goals from Michael Owen (penalty) and Emile Heskey, with a Marcus Bent goal in the 90th minute for the Foxes ensuring a nervy finish for Gerard Houllier’s side.

The rest of this article s for subscribers only.

Liverpool’s 4-1 win over Swansea City at Anfield on Monday evening was the first time we found the back of the net four times in the same match this season and it was a performance more reminiscent of the kind we produced during the second half of last season, which bodes well as we enter the second half of this season.

Liverpool’s record against teams managed by Nigel Pearson (all competitions): 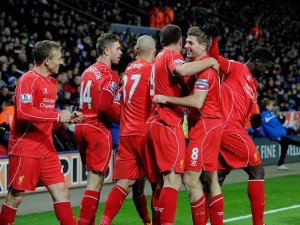 The Foxes are missing Upson (foot) and Schmeichel (fractured metatarsal) and have doubts over Ulloa (knock) and King (knock).

Training To Be Better, Aiming For Higher