At 1-1, minutes after Dejan Lovren’s bone-headed tackle (which was outside the box), Liverpool’s season looked to be spiralling into a tailspin. Two home league draws in just over a week, and an away defeat to Basel on Wednesday, would have destroyed all confidence. It’s not that the Reds are having a disastrous start – they have won games – but by contrast with last season it would have been clear underperformance.

And yet, despite an insipid display in Switzerland, the Reds can count themselves unlucky not to have gained six points in the league since last Saturday; and what a different complexion that would have given the season. As it stands, being 6th on Saturday night doesn’t feel so bad. 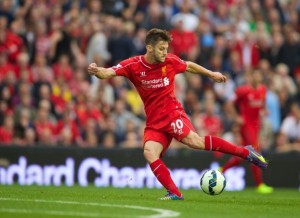