High on the Hedonic Treadmill

High on the Hedonic Treadmill

Note: I started writing this piece at the weekend, to publish after the West Ham game, whatever the result. But after the final whistle I held back, penning this instead, given that calm, rational logic felt wrong in the moment of victory.

In basic terms, the hedonic treadmill refers to how our brains adapt to improvement (or decline), and adjust accordingly our happiness or satisfaction levels to that rise (or fall). No matter what happens, the theory is that we eventually settle back towards our normal “temperature” of mood, whatever that might be.

Something like Istanbul, for instance, was a high that had to wear off; and then, once reality sets back in (in that case, when the next season started), an even greater fix is needed to get “high”. At the very least, satisfaction doesn’t last indefinitely. In some people it doesn’t last long at all. Junkies need a better hit. Enough money is never enough.

Your standards rise, your expectations get higher. And as I found nine years ago, even though you support the Champions of Europe, who just a season earlier were a rag-tag team held together by Michael Owen’s goals (and then Owen jumped ship), you’re not happy. The summer of 2005 was the time I started writing for the official Liverpool site, and my inbox was full of angry emails by the autumn, as the Reds hovered in mid-table, albeit with two games in hand.

I’m certain that people were even more angry because their team had so recently won the Champions League; that highly unlikely occurrence led to higher demands. Never mind that it wasn’t a great side in 2004/05, or that the next season saw the bedding in of several new players and a change of style that eventually led to 25 wins and 82 points, plus an FA Cup won by beating Man United and Chelsea along the way. Fans will always get mad at the first sign of standing still, let alone regression. 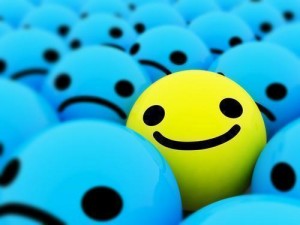 I guess this is a warning: be prepared to be unhappy next season, whatever happens this season. Perhaps it’s like a shark that gets the scent of blood; once it hits its nostrils (or whatever pass for nostrils on a shark) it must find the source. If it doesn’t, it will be unhappy; unhappier than it was before the scent hit (inasmuch as sharks can be happy, or sad, or in any way contemplative.)

Our pleasure levels have been raised by Rodgers’ rip-roaring Reds. But even if next season is another success, it’s unlikely to run smoothly from start to finish.