The Final 12 Games – a Lesson From History

The Final 12 Games – a Lesson From History

It was Graeme Riley’s post at #60 of ‘Why Liverpool Can win the Title’ that started it. The one where Graeme casually mentioned that he’d “done a bit of research into the final 12 games for each of the championship-winning teams since 1889 to see what it will take to win the league. “

Naturally, he also adjusted all relevant seasons (i.e. most of them) to three points for a win. Because it’s interesting enough at this point to be worth an article in its own right, here is his post in full, along with some valuable research from Beez into winning runs of varying lengths and some relevant comments from others sparked by the research.

Subscribers can of course add to the debate, although as MikeB noted in reply to Graeme, past events do not absolutely define the future. But it’s interesting to see if there are many precedents to what Liverpool are trying to achieve.

We seem to have a growing consensus that it would take 10 wins and a couple of draws to give us a decent shout, but is that realistic? Since 1889, only five teams have taken 32 or more points in their final 12 games. A couple of those were in the very early years (1889 and 1892) when only 22 or 26 games were played and so these can be discounted. The next time it occurred was in 1986 when Liverpool took 34 points on the way to the Double. Only one team has managed 36 points.

So if 32 points is not realistic for anybody, what should we be looking at? The average for all champions is 25 points, or a shade over 2 ppg and since the Premier League started in 1992 the average has only marginally increased to 27. The highest 10 year rolling average since 1992 is 28.5 points, still some way short of 32. 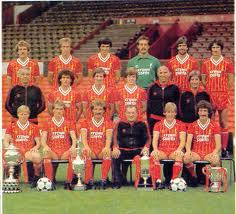 What does history suggest it takes to be champions from here on in?

What about the other end of the scale? 17 teams have won the title taking 20 or less points from their last 12 games. Second lowest was Sunderland in 1936, they only picked up 14 points, but the absolute lowest was 13, just over one ppg. Again, anyone like to guess who this might be? This team were 14 points clear after 30 games and finished 11 points clear, so basically nobody made up too much ground.

Pretty unlikely that 13 points will be enough, I know, but it would seem that anything above 28 might give us a real chance.

Graeme then added this:

If we look at the points difference between 1st and 2nd and rank this, it will tell us whether there was still something to play for. Two caveats – as everything is converted to three points for a win, it might have been different in reality with 2 points for a win and secondly this assumes that a small gap was not caused by the second team winning and the leaders losing on the final day etc, but at least it does give a trend.

Below are the points differences and the number of occurrences of each:

Beez asked the question “Presumably most of those teams had won the title before the final game though, Graeme? So there must be some ‘easing up’ in there when teams didn’t have to win their final games?” and then posted this table analysing the number of times Liverpool have gone on three, four or five game winning runs in the last few seasons:

In response to davidjb’s question – “Any idea how many times we have had a season where with 12 games to go, the top 4 teams are within 4 points of one another?  Could that alter the number of points needed to win the title?” – Graeme replied:

The following seasons (since 1970) were close at this stage, with at least four teams involved:

1984 (four within six, the fourth placed team had a game in hand)

1986 (four within four, another three points back but with two games in hand).

So not very common – this is just the 8th time in 44 seasons that such a situation has occurred.

Earlier, Beez had looked into how each team that finished 7th during the PL era fared the following season. Click here to see the full table, but here is his summary:

(To go from 7th to 1st), the weight of history is against us.

The fact is that if we were to finish fourth this year, from the point of view of a team that finished the previous season in seventh, it would be virtually uncharted territory.

And with that, the debate rumbles on …