16 Liverpool players have been picked to represent their country on international duty during the next week, with Luis Suarez, Mamadou Sakho, Victor Moses and Kolo Toure facing crucial World Cup qualifying play-offs.

Raheem Sterling is likely to be involved with England U21s two matches, and Jordon Ibe is also away on England duty. Finally, defender Tiago Ilori will be with Portugal U21s. 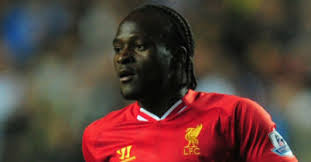 Simon Mignolet will get his chance for Belgium in their forthcoming internationals with Colombia and Japan.

“Simon has proved he has an excellent mentality, something he showed the last few months,” said Wilmots.

“He deserves this chance. Thibaut Courtois will remain first choice, though. But if he gets injured, I want to be sure I’ve an excellent back-up.”

Steven Gerrard will miss England’s friendly against Chile on Friday through injury. Gerrard aggravated a hip injury in the win over Fulham on Saturday. Daniel Sturridge also missed training this morning.

Daniel Agger talked about Liverpool’s Champions League hopes and his time out of the team:

“I knew I would be playing against Fulham a few days before the game from how things were in training.

“It was good to be back as it’s been a difficult time for me. It’s difficult to describe really.

“I want to play every single game. When you are not playing, it’s difficult. I just tried to work even harder every single day in training. I didn’t complain – I just did everything with that little bit extra.

“I feel like I belong there. I feel like I am more than capable to be in the team but it’s the manager’s decision.

“Sometimes it’s difficult to change that in training. You have to grab the chance when it’s there. That’s what football is all about, to take your chances. I’m not the type of player who needs an explanation.

“I just carry on with my thing and try to do everything I can to get back in the team.

“I was out of the team for longer than I hoped for but when you get a chance you have to do everything you can to keep it.

“Physically, I am probably better now than when I played before.

Gazzetta dello Sport claim that Roma are now leading the chase for the ‘new Messi’ and Liverpool target Juan Iturbe, who is seen as one of the brightest young talents to come out of South America in years. The 20 year-old Argentinian is on loan at Hellas Verona from Porto.

Fiorentina will “ramp up their interest” in another Liverpool target playing for Hellas Verona, 21-year old Jorginho. Chelsea and Arsenal are also said to be interested.

Liverpool are battling it out with Roma to sign Atletico Madrid striker Adrian Lopez, according to sources in Spain.

Sami says no deal – Liverpool target Sidney Sam is set to be offered a new contract by Bayer Leverkusen.

The Germany international has been tracked by Brendan Rodgers as the Anfield boss looks to beef up his attacking options.

But former Reds captain Sami Hyypia – now the manager of Leverkusen – insists that 25-year-old winger Sam cannot be allowed to leave the club and should be offered a new deal.

The Professional Footballers’ Association plans to send proposals to Uefa calling for European teams to use at least three “homegrown” players in starting XIs.

The union will discuss the issue at its annual general meeting on Wednesday amid concerns that BT Sport’s record £897m European TV deal could increase pressure on managers to use ready-made players rather than youngsters.

Roberto Di Matteo, 43, is still being paid £130,000 a week by Chelsea, despite being sacked as manager 12 months ago. The Italian was unable to reach a settlement after being dismissed last November, and will continue to receive the money until June 2014 unless he takes another job (Daily Mail).

West Bromwich Albion’s kit man joked that he is considering sending the team out for their next match against Chelsea in Mickey Mouse ears after Blue boss Jose Mourinho allegedly called Baggies defender Jonas Olsson a “Mickey Mouse player”.

Last night Krishaldo posted that Liverpool have scored more PPL goals than any other team so far in 2013:

TTT Jordanian Karim_Elo described what it was like for their country to be hosting Uruguay and Luis Suarez for the World Cup qualifying play-off first leg in Amman.

The thought of Cavani and Suarez on our pitches have been gripping the country since the playoff became official; Suarez had to be charged through the hotel entrance by two guards as fans swarmed him! I don’t think people realise how far this nation has come: less than a decade ago we were struggling hard against teams like Turkmenistan in the early rounds, and today, in less than an hour, our biggest game awaits as we sit as the fifth best team in Asia. Football really is uniting an otherwise fragile, segregated country.

Losing the home leg 5-0 probably wasn’t the result you were looking for Karim.

The rest of this post is for Subscribers only