We’ll start this week’s fearless foray into the frenzy that is transfer speculation with three of those who fall into the ‘promising youngster’ pigeon-hole, and two are genuine new arrivals to these pages – a rare feat:

First, from the Liverpool Echo, June 29:

Liverpool FC are weighing up a move for highly-rated Gremio midfielder Matheus Biteco. The 18-year-old is valued by the Brazilian club at around £5m, and caught the eye of Reds scouts at the recent Toulon U20 tournament. Biteco is viewed as one for the future, rather than a player who could slot straight in at first-team level. 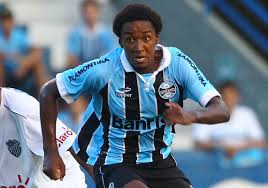 Liverpool could be set to offer Jose Callejon an escape route from Real Madrid, as one of three clubs interested in the wantaway player. Callejon is believed to be keen on an exit from the Bernabeu this summer after struggling to hold down a regular place in the side last term. And with the possible arrival of Gareth Bale from Tottenham, the 26-year-old’s prospects look even bleaker heading into the new season. The former Espanyol player is also behind Angel Di Maria in the Madrid pecking order and despite rumours the Argentine could be leaving the club this summer, new manager Carlo Ancelotti is not thought to favour Callejon ahead of other reserve options. Liverpool boss Brendan Rodgers has already begun his summer rebuilding plan in earnest, snapping up the likes of Simon Mignolet, Kolo Toure, Iago Aspas and Luis Alberto this month. Metro.co.uk June 28

Liverpool are facing a fight with Spanish club Valencia to sign Barcelona’s highly rated young winger Gerard Deulofeu. Reports from Spain suggest Deulofeu, who is currently playing for Barcelona B, believes there is little chance of breaking into the full squad at the Nou Camp and wants to move elsewhere to further his career. Last week the Times claimed Liverpool have joined the race for Deulofeu, with manager Brendan Rodgers keen to augment his contingent of bright young Spanish stars. However, Catalan newspaper Sport believes Valencia are equally keen to add Deulofeu to their squad, believing the skilful young Spaniard possesses the quality to arrest their recent decline. IBTimes.co.uk June 30

However, Everton and guess-who are now favourites to land him, according to the Daily Mail Online this morning:

Everton and Tottenham are understood to be the new favourites to sign Barcelona winger Gerard Deulofeu, 19, on loan.Liverpool, and Arsenal are also keen on the Spain Under 20 international, after he was pushed down the pecking order at the Spanish champions due to the arrival of Brazilian superstar Neymar. Barcelona tied Deulofeu down to a four-year contract earlier this year, but a loan move could suit all parties.

From the new to one that’s been as long-running as his surname:

Shakhtar Donetsk general director Sergei Palkin has promised the club’s fans that the side will add more players this summer, as they prepare to lose Henrik Mkhitaryan to Liverpool. The Ukrainian champions are thought to have agreed to sell the Armenian midfielder to Liverpool for a fee of €30m and Mkhitaryan is expected to complete a switch to Anfield soon. It is a further blow to Shakhtar Donetsk, who lost attacking midfielder Willian to Anzhi Makhachkala in January, followed by another attack-minded schemer, Fernandinho, to Manchester City earlier this summer. In losing Mkhitaryan, the Donbass Arena outfit will be without their top league scorer of last season, with 25 strikes to his name in 2012/13. InsideFutbol June 30

The Trials and Tribulations of a Football Summer