The name of Horst Wein is unlikely to register with many football fans. He never played the game at any level nor has he made an impact as a manager. Football isn’t even his first love, hockey is. Even so, Wein is one of the deepest and most influential thinkers within the game. He was one of the first to strongly argue in favour of smaller-sided games (although he prefers the term ‘simplified games’) for younger players; views that everyone now seems to be accepting and enthusing about but which were considered as idiotic for a long time.

In the process of his work at youth level, Wein has written some 34 sports text books including “Developing Youth Football Players” which is the official textbook of The Spanish Football Federation. Not a bad reference to be able to put on your CV given the success that they’ve had at developing players. He’s also worked for some of the world’s biggest clubs and national associations, helping them shape their strategies and thinking.

In short, Wein knows a thing or two about how you go about implementing a system at a club because that’s what he has done for the past 20 years. So, when I got the opportunity to interview him, I asked how long it takes to introduce new ideas and change mentality at a club.

“In some countries people are ready for new ideas, especially the “newer” soccer countries where there is no tradition. In others it may take many years. Usually it takes ten years for changes to take place,” was his reply.

Let’s repeat that – or at least part of it: “usually it takes ten years for changes to take place”.

If proof of that is needed, then one only needs to look at the most famous academy in world football: Barcelona.  La Masia was set up in the late seventies and, whilst good players came through it in the initial years, it is only in the past ten years that they’ve really been enjoying sustained success.

For the first twenty years they were working on establishing the system; learning and modifying their ideas along the way. Good players still came through but there wasn’t the stream of talent that they currently enjoy.

Looking at them now it is easy to forget that this process ever took place. But it did and there is no way around it.

All of this is particularly poignant for Liverpool. Four years ago, Rafa Benitez was finally allowed to control what went on at the academy and he responded by bringing in two coaches from Barcelona to ensure that their expertise could be blended into a British system.

The U18s and U21s are playing some good football and there are some players that quite clearly have got a lot of potential. In reality, however, this only means that the revolution that he brought about is already bearing fruit and not that everything is working as it should. It takes years for the changes to be accepted fully, for the coaches to assimilate what they need to be doing. The initial ideas resulting from discussions between Benitez and Pep Segura will have been modified along the way to better fit what they are doing. And that’s how it will keep on being for some time.

In short there is a long way to go.  No need to rant when they are eliminated from the FA Youth Cup or lose to United in the U21 league. Sadly, there is no short-cut to implementing a system and instilling a particular mentality. All you can do is enjoy the progress and trust the process. 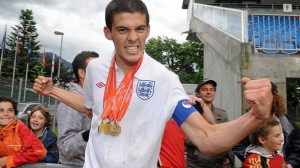