A Model To Identify Players – A Summary

A Model To Identify Players – A Summary

Following some very specific feedback from ‘Kevin G Suarez’ and ‘Mike Taylor’ in the comments section of my last piece, not to mention several requests via Twitter, I thought it would be good to dig into the model again to look for:

This piece is really an extension to the one published last week. Please refer to the full ‘parent’ article for detailed explanations and logic: A Model to Identify Players?

A centre-back (perhaps emphasising those with a ‘ball-winning’ style)

The budget for this role, as per the constraints of the earlier piece, is £4m (with a theoretical limit of £8m). Given that so many disagreed with my suggestion that this role was not the immediate priority, I’ve decided to offer an extended list of centre-backs for you all to review and consider:

A ‘destroyer’ defensive midfielder to screen the back-four

The budget for this role, as per the constraints of the earlier piece, is £5.5m (with a theoretical limit of £11m). This was easily the most surprising, and difficult role to review. The model has very few players in the target age-range that are also theoretically ‘good enough’ and within budget. Perhaps an area where an older player might be recruited? The candidates that meet the defined conditions are: 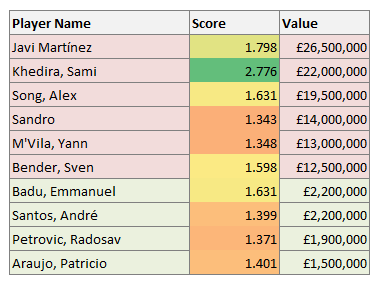 To explore the possibility of a marginally older player fulfilling this role, I extended the filter criteria to allow players up to the age of 27 to be included: 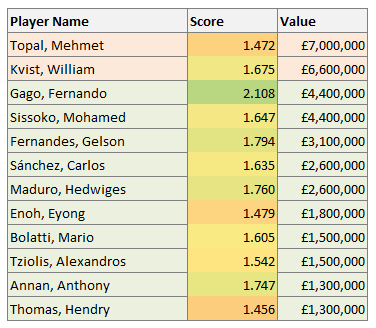 The budget for this role, as per the constraints of the earlier piece, is £4m (with a theoretical limit of £8m). On reviewing this list, and then the entire pool of goal-keepers more generally, I observed quite a wide variation between the scoring and the valuations. Most positions seem to follow quite a tidy exponential relationship (with each increase in the ‘player score’ coming with an exponentially larger increase in the player’s market value). With goal-keepers, this does not appear to be the case. Excluding the obvious stand-outs, like Neuer, Valdes, Hart, Reina and Lloris, the rest kind of jostle together.

What does this mean? For me, I would be advising caution when buying a goal-keeper. There is clearly an opportunity for both value and calamitous losses. At this stage I would consider an extra layer of specialist analysis, perhaps considering a metric like ‘shots saved as a percentage of shots faced inside the box’ (building on my earlier analysis of on-ball metrics: Which on-ball events really matter?). The goal-keepers list is as follows: 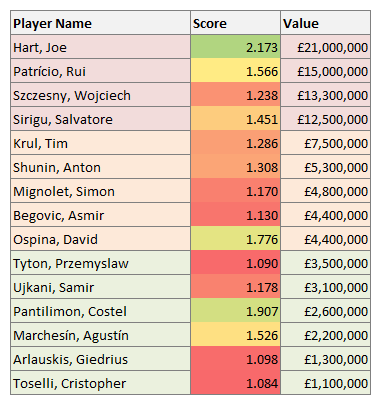 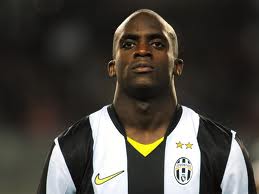 Mo Sissoko, once of Liverpool and ‘the best midfield in the world’