After earning respectable draws against Arsenal and Manchester City away from home in recent weeks, Liverpool return to Anfield to face Steve Clarke’s West Bromwich Albion side on Monday evening, 8pm kick off UK time. 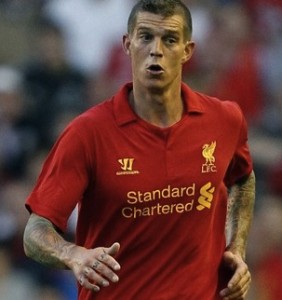 Liverpool lost the reverse fixture on the opening day of the season 0-3 and in the corresponding fixture last season suffered our first defeat at Anfield at the feet of West Brom since 1967, thanks to a strike from Peter Odemwingie who has more recently made the headlines for all the wrong reasons.

Brendan Rodgers’ men have won five in a row at Anfield – scoring 16 and conceding 0 – while the Baggies are without a win in any of their last six Premier League games – losing five and conceding 12 times in the process.

Premier League record since the two clubs met on the opening day of the season:

Martin Kelly (knee) is missing for Liverpool, while Raheem Sterling (illness) and Daniel Sturridge (thigh) are both doubtful.

Symposium #7 - Should We Keep Pepe?

Does Liverpool FC Need a Leader?