Goals scored and conceded. Points won.  Attendance figures. Up till a few years back those were practically the only statistics that made their way on to the football pages and in to the fans’ consciousness.  Now it is a completely different story.  Clubs employ teams of statistical analysts, journalists regularly quote passes made, fans look at heat maps of individual players and apps churn out an apparently endless stream of statistics.  The shift in culture has been massive.

One who was at the forefront of this change was Simon Kuper, who in 2009 teamed up with Stefan Szymanski to write ” Why England Lose: And other curious phenomena explained” which was the first serious literary attempt at trying to determine the role and importance of statistics in football.

The second edition of that book – re-titled Soccernomics – came out this year with a whole host of new ideas examined.  In their own way, these two editions reflect the culture change that has taken place.  “In the first issue we didn’t talk a lot about match statistics but instead we used a lot of financial statistics and off-the pitch statistics.  In the recent issue of the book, however, we have a whole chapter devoted to match statistics.” Kuper says. “That in itself shows the difference that has taken place in these past few years and how much match data has developed.” 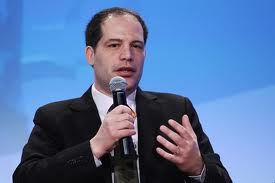 “It is part of the general trend of football people becoming intelligent and less worried by numbers. Also they’ve seen the value of statistics in baseball and cycling.  In particular they’ve seen how numbers have fuelled the success of British cycling which has made British football clubs more interested.”

For Liverpool that trend involved the appointment of Damien Comolli, which came thanks to the recommendation of Billy Beane, the star of Moneyball.  Yet whilst Comolli was supposed to usher a new era of intelligent signings based on detailed analysis of statistics, he delivered what quite possibly is the biggest waste of a £100m transfer budget.

Kuper, however, is willing to be a bit more charitable to the Frenchman than the average Liverpool fan.  “First of all, I’d say that Comolli got a couple of decision very right.  He was correct to sell Torres for that sum of money and secondly he was right to buy Luis Suarez.  So I think that Comolli did slightly better than a lot of people give him credit for.”

“The error, I think, was that the philosophy was to build a team with crosses.  So you had Stewart Downing and Jordan Henderson brought in for their crosses and you also had Carroll bought because he is one of the best at heading the ball in from crosses.  The problem is that crosses is a bad way of scoring goals.  It isn’t as good as the short passing system of Barcelona and Arsenal, for instance – even if your players aren’t as good as Barcelona’s or Arsenal’s.  The key fact is that not all data is the right data.  We’re still in the learning stages of getting to know which data gives you the information you need.”

You’d imagine that Comolli’s failure would have put paid to any talk of Moneyball around Liverpool.  Yet the phrase is still as commonly used as ever.  What does Kuper – who makes frequent references to Moneyball in his own book – think is understood by this phrase?  “People normally think of baseball where it was good way of getting undervalued players.  It is what the Oakland As use to overcome their budget constraints.  In football that hasn’t been successful and there hasn’t been a lot of success in statistics identifying the kind of players others don’t think are good enough.”

“Moneyball in football lies firstly in the physical side where statistics have been a huge source of progress.  There are also dead ball situations. Statistics show that the best way to score from corners is by inswingers but a lot of traditional managers go for the outswingers.  Similarly people should stop trying to score direct from a free kick and opt to pass it, even when it is from just outside the box. Statistics are also of great use in penalties, which can help you guess where a player will shoot.  Stoke, for instance play a stats driven game for their throw ins.”

Statistics, therefore, will become increasingly more important for clubs yet not in the way that they were expected to be.  “Statistics are more useful for dead balls then they are for buying.  Only four or five clubs rely on statistics when it comes to decisions on who to buy.  Others may use them to confirm certain beliefs but they’re more of a backup.”

Another area that Soccernomics deals with is the appointment of managers, with Kuper being quite critical of the rushed approach football clubs tends to take when appointing managers.  It was an argument that will resonate with Liverpool fans given the negative reaction to the length of time it took FSG to choose a replacement for Kenny Dalglish.

“It was the right decision.  Absolutely. I don’t understand why you need a manager next week.  Why when you’ve got other people at the club managing things and you can keep functioning without the manager?  It is an important decision and you should take your time to pick the right man. Look at Arsenal who took their time in appointing Arsene Wenger but ultimately chose the right man for them.”

One thing that Liverpool did change during the summer was scrap the notion of appointing a Director of Football.  Again, Kuper approves.

“In football previously you had the manager making the decision and then you had someone like Comolli coming in with the decision. So the decision on transfers shifts from the manager to the technical director – but you’ve still got only got one person, or perhaps two people, making that decision.  The problem is that two still is too few people to make a decision.  It is better to have a group of people going over the decisions and debating them –  “what about this factor or what about that”.  The more opinions you have the better and more reasoned the decision you ultimately take.”

Encouragingly, this seems to be the approach that Liverpool will be taking where, although Rodgers will have the final say, transfers will be debated about among the scouting and technical team members.

There are risks in this approach especially if – as seems the case – it centres around trying to get to players before they hit stardom.  At a smaller club this might be very much the finest option, at a bigger club there is always the pressure to go for the big name who can deliver immediate results.

“It is true that at a club like Liverpool you have more pressures than say at Norwich.  That can be a problem because you don’t necessarily have the freedom to do what you think is best,” Kuper admits before continuing “then again, Liverpool have advantages over smaller clubs like Norwich in that they have more money.  The main thing, however, is that you have to be brave.  For a few weeks the fans might be angry if you sell a big-name player or happy if you buy a big name but in the long run what they’re really looking for is to win games.  If you make moves that will ultimately lead to that result, then in the long run they will be happy.”

The most prominent example of this system remain Lyon, who managed to win seven consecutive league titles in France.  Yet Lyon have since fallen on hard times.  There are a number of theories about this decline but, according to Kuper, “they won the French league seven times in a row which is like say Southampton doing that in England. The thing is that they were the best in France, which they should have been happy with, but they had this dream of being champions of  Europe.  The thing is that in order to get the star players to do that Lyon had to pay too much money and got players who didn’t really deliver.  In the end it was difficult for them to make the step up from being best in France to being among the best in Europe. Given the size of their club, they probably shouldn’t have tried.”

Lyon’s decline coincided with the rise of cash-rich clubs like Paris St. Germain.  Which leads to the doubt that money will, ultimately, always win out irrespective of how intelligent other clubs tend to be.

“In the book we say that in the long run money is responsible for 90% of success.  Yet you still get great managers who over-perform and achieve success even with shortfall in the budget.  Manchester United is not only driven by money and Alex Ferguson has done a great job in keeping them successful. Arsenal as well.  You can be successful without spending as much as the others but it is very difficult.”

Paul Grech is the editor of Blueprint for Football, a blog that aims to be a melting pot of ideas about the development of football players. He may also be followed on Twitter here.
23