Overall, Brendan Rodgers has made a positive impression; which bodes well for him, considering that Liverpool are currently in the bottom half of the table. The last manager who started this slowly was a bit of a laughing stock (although he is now the England manager).

But there are also some question marks, and until a manager has proven himself by winning the biggest trophies, I feel it’s right to take a critical eye to their work.

I did the same in Rafa Benítez’s inaugural season, and he arrived with two La Liga titles, but by May was pretty much fully convinced. Once it was followed a year later with an 82-point finish, I felt he’d shown he could cut it in Europe and in the Premier League. Each criticism was crossed off the list when, on balance, it proved he got them right. Not everything a manager does will work, and I accept that. Right now, I’m just trying to gauge whether Rodgers – clearly a good manager – has what it takes to be a great one. He has a lot to prove, by virtue of his rather thin CV, even if his job at Swansea was very impressive.

Rodgers’ team selection against Anzhi was certainly controversial. Twenty years ago, when the Uefa Cup was seen as a good competition and when playing your best players every week was the norm, no one would have batted an eyelid.

Yet all week Liverpool fans seemed to be saying that Brendan Rodgers should be saving his best players for the derby, given how important that game is. Instead, Rodgers not only started with players like Gerrard and Suarez, but he kept them on for the full 90, too. Glen Johnson – arguably the Reds’ best player so far this season – went off at half time. (At the time of writing, I’m unsure why.)

On the night, Liverpool played well and got the result against a strong Russian side with a world-class manager. It was a good experience for those who paid their money. So far, so good.

But if there’s a lethargy in the Reds’ play on Sunday, and it proves costly, will last night’s judgement calls end up looking too risky? Lose at Goodison, and Rodgers’ side will probably sink down to around 14th or 15th, and Everton will definitely have twice as many points: 18 to nine.

There’ll be plenty of time to rescue the league campaign should the worst occur on Sunday, but by doing well in the Europa League, the Reds may actually be further harming their domestic health. So far this season, Rodgers fielded a strong team against Hearts and three days later saw his side limply lose at home to Arsenal; and then a fairly strong team, with Suarez and Gerrard brought on as subs, lost 3-2 to Udinese, and could only draw 0-0 with Stoke at home three days later. Two of the flattest performances by Liverpool, coming after Thursday night matches.

Rodgers appears to be banking on building confidence and momentum, and while the former is a very real thing, the latter, as I’ve discussed a few times of late, has been shown to be something of a fallacy. At best, the evidence suggests momentum is only a very minor phenomenon. Still, I fully understand why a manager would want to go on a winning run look to maintain things like consecutive clean sheets. It helps the players’ psychologies, but it doesn’t necessarily affect the next result. (Even if it had a placebo affect, it would be shown in the data.)

Are Liverpool getting better results now because they’ve got a momentum of good results? Or are they simply a better team – as you’d expect – after an increasing amount of time spent with this XI, this formation, and this playing style?

Also, does playing a strong team in Europa home games help this overall cohesion as a unit? (Is it then simply a trade-off between what you gain with increased understanding and what you lose through tiredness and injury?)

Football coach and fitness guru Raymond Verheijen has strong views on the subject of pushing players too hard. This is from the FifPro website:

“A 27,000 match study by football coach Raymond Verheijen demonstrates a clear performance deficit by teams playing after only two days’ recovery. ‘I don’t see that the games’ authorities can continue to ask teams to play twice in three days. It is simply not fair play.’

The new study, which incorporates top tier league, Champions League and Europa League matches across seven countries and ten seasons, offers emphatic proof that teams playing every three days are substantially disadvantaged by player fatigue, and for the first time quantifies this disadvantage across the season.

Across the study, teams playing after just two days’ recovery against teams who had enjoyed at least a three-day gap were found to be 42% less likely to win.”

The Power of Goals blog looked at ‘Expected Points totals verses Actual Points totals for Europa League participants 2008/09 and 2009/10’, and found that there was a far bigger dip (10%) in expected points after a Europa League game than when there had been no Thursday night fixture (2%).

However, maybe Rodgers is onto something when it comes to the travel involved; as shown when he sent out a shadow side for the trip to Switzerland. Despite having suffered poor results after the home games against Hearts and Udinese, it seems that, statistically speaking, there is far less overall risk of damaging your Sunday results if you played at home on a Thursday.

Omar Chaudhuri, in his blog ‘5 Added Minutes’, confirms the general post-Europa hangover, but points out that away games are far more difficult to quickly recover from.

“In 215 league matches after Thursday European matches since 2001, teams have scored over 38 points fewer than you’d expect. The effect is particularly pronounced after European away matches, where teams have scored 32 fewer points than expected.

Another way of looking at this: for about every three Thursday European away matches, teams drop one point on the following weekend. After home games, it’s only one point dropped every 18 weekends. This makes sense; travel is likely to erode performance.”

This suggests that Liverpool should not be too worried about performance hangover from home Europa games – but of course, remaining in the competition beyond the group stage brings further away games (which reduce the chances of winning the subsequent league games), and there’s also the issue of increased injury risk.

A few years ago, the AC Milan Lab noted that the risk of injury in one game is 10%. And that rises to 30% or 40% if another intensive game follows in three or four days.

In the past 18 days Suarez has played five full games. That’s one every 3.5 days. To massively complicate matters, two of those were away matches for Uruguay, in Argentina and Bolivia (at altitude), which involved thousands of miles of flying. It’s hardly ideal preparation for the Goodison derby.

Luckily he seems durable, in terms of avoiding injuries and also in his ability to keep running for 90 minutes, but it’s still a risk. He has those games where his decision making is terrible (such as Arsenal at home), and maybe that’s a sign of tiredness. And with Suarez the only fit striker on the books, it still seemed rather reckless to play him last night.

By contrast to the indefatigable Suarez, Steven Gerrard has had a lot of injury problems in the past two years, and at 32, maybe should be resting up ahead of the weekend’s big fixture; especially after the tough game on a bog in Poland for England during in the recent international break. Ditto Glen Johnson and Daniel Agger – to vital players whose injury records are well known, and who both had games for their countries last week.

But maybe Johnson’s situation sums up the perilous nature of a manager’s lot: if the player was taken off at half time to rest him, then it looks an inspired decision, given that his replacement, Stewart Downing, scored the winning goal from left-back (and Johnson escapes a further 45 minutes’ effort). However, if he went off injured, then it looks to be a somewhat needless gamble that backfired.

One of the benefits of rotation is that it leaves players fresh for the final stages of the season. Of course, it’s no good keeping them fresh if you lose every game because you never dare play them. It’s all about finding a balance: keeping them fit, fresh, motivated and involved.

So while we can ask questions and harbour some concerns – whilst still allowing the manager to do things his way, knowing that he is the one who is paid to make decisions – the overall proof will be revealed come May (or beforehand, if things go terribly wrong.)

Hopefully he’ll be proved right, and each doubt can be struck from the list. Until then, there’s no harm in asking those questions. 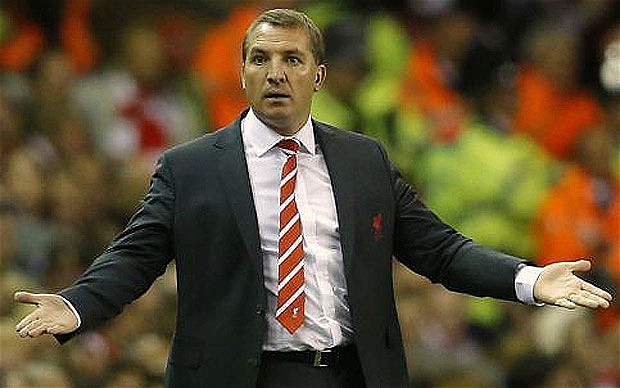