Liverpool face relegation strugglers Blackburn Rovers at Ewood Park on Tuesday night (8pm kick off UK time) and with the FA Cup semi-final against Everton looming large in everyone’s mind, this is Liverpool’s last opportunity to build some momentum and confidence before making their second Wembley trip of the campaign. 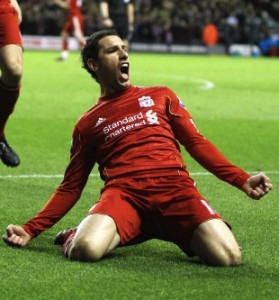 Liverpool and Blackburn shared the spoils earlier in the season at Anfield with Maxi’s 53rd minute strike cancelling out a Charlie Adam own goal, which had given Blackburn a surprise lead on the stroke of half-time.

Following that result on Boxing Day, Liverpool sat in 6th place with 31 points – three points off a Champions League place – while Blackburn were rock bottom with 11 points, five adrift from safety.

The rest of this post – including stats, form and team news – is for subscribers only.