Still, it’s not all doom and gloom. We’ve lost just one of the last ten Merseyside derbies home and away and you have to go all the way back to 1999 to find the last time we lost a league game at Anfield to Everton. A win against David Moyes’ side would set us up nicely for the FA Cup quarter-final clash with Stoke City on Sunday, so there’s still plenty to aim for over the final two months of the campaign.

Defeat to Everton on Tuesday night would equal the four consecutive defeats we picked up in the league in 2002/03 and would send Everton – who currently sit two points behind us – above us in the league. 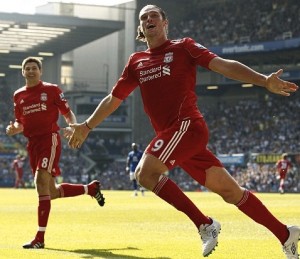 The Reds claimed a 2-0 victory at Goodison Park earlier in the season thanks to second half goals from Andy Carroll and Luis Suarez, which is the only occasion both strikers have found the back of the net in the same match in the league since they joined the club. If Liverpool secure all three points at Anfield on Tuesday evening it will be our fourth league double over Everton in the past seven seasons.

Where Do We Need To Improve?