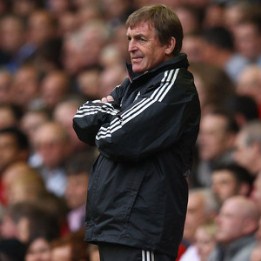 After Liverpool’s double cup triumphs over Man City and Man Utd in the League and FA Cups respectively, it’s now time to re-focus on matters in the Premier League as we travel to Molineux (19.45 kick off) to face Mick McCarthy’s Wolverhampton Wanderers side on Tuesday evening.

Six points separate us from 4th placed Chelsea but with 46pts still up for grabs, a 4th place finish is still an achievable aim for Kenny and the boys. With some tough fixtures ahead against Tottenham (at Anfield), Manchester Utd (Old Trafford) and Arsenal (at Anfield) – not forgetting the League Cup final sandwiched in-between the latter two fixtures – picking up three points at Molineux would greatly add to the growing confidence that has came from our recent exploits in the domestic cups.

A number of Liverpool’s milestone goals have been scored against Wolves but one of the most significant milestones was achieved by Kenny Dalglish in 1978 when he scored our 4,999th and 5000th league goals in a 3-1 victory at Molineux during the 1977/78 campaign.

United We Stand, United They Fall