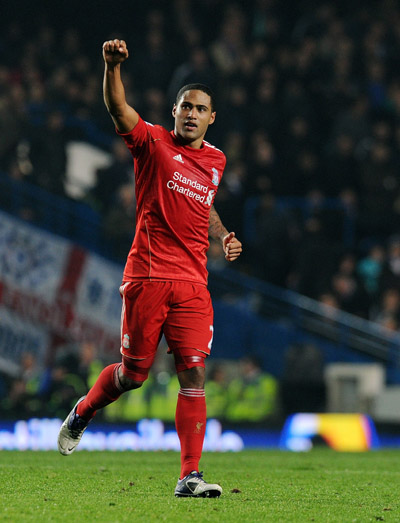 After Liverpool’s impressive 2-1 victory at Chelsea on Sunday thanks to goals from Maxi and Glen Johnson, we now sit in 6th place, level on points with 7th placed Arsenal and 5th placed Chelsea. Just three points separate us from Spurs in 3rd place and Newcastle in 4th. Sunday’s opponents Man City are the only undefeated team in the PL after they inflicted Newcastle’s first defeat of the season with their 3-1 victory at Eastlands.

Looking at Manchester City’s league record this season is only useful if you feel like embarking on multiple facepalms and emitting low groans usually only heard from the toilet next to you in a train station on a Friday night. In other words it won’t fill you with confidence. City have won 11 of their 12 league games prior to this match, scoring 42 times and conceding just 11. They’ve secured emphatic victories at White Hart Lane (5-1) and Old Trafford (6-1) and the lowest number of goals they have scored in the league sits at a measly two.