Since taking over at Tottenham, Harry Redknapp had won five of his seven games against Liverpool coming into Sunday’s match at White Hart Lane. This is a fixture which, over recent years, has not been kind to the Reds. As many will know, Jamie Carragher has as many goals for Tottenham as he does for Liverpool…

Despite the loss to Manchester City, Tottenham were in decent form. That defeat was their first in 17 at home, although they had won just one of their last five at the Lane. Liverpool were on shakier ground, having kept just one clean sheet in their last seven, although, bizarrely, they had conceded the fewest shots on target of any of the Premier League teams. 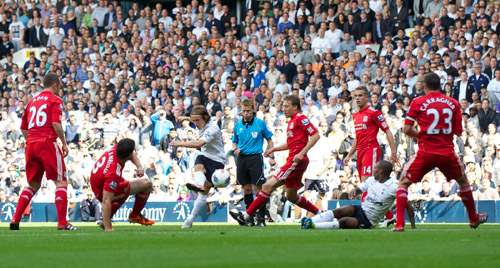