Liverpool were hopeful that record-signing Andy Carroll would be fit to face his old club. The £35-million-man had missed last weekend’s game against Birmingham with a knee injury. Jack Robinson had also come off with cramp in that match, but was fit enough to make the bench.

Newcastle scored with all three of their shots on target when the sides met earlier on in the season at St James’s Park. Andy Carroll scored a goal and had an assist.

Dirk Kuyt had scored four goals in his previous six Premier League starts against Newcastle. He is also in form, with seven goals in his last six games. Cheik Tioté, meanwhile, has 12 yellow cards in 21 appearances.

Does the good weather historically affect both sides – Liverpool average fewer points than any of the so-called “Big Four” in May, while Newcastle have only ever won 11 out of 41 fixtures. 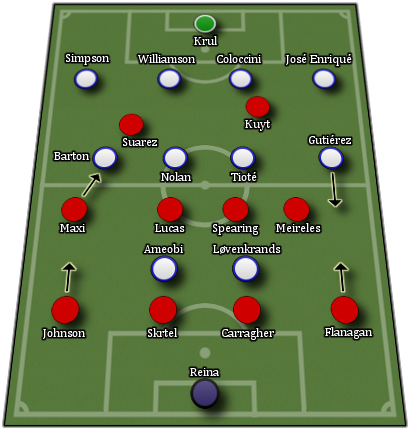 Dalglish made only one change from the side that thrashed Birmingham 5-0 last week. The now-fit Glen Johnson went to left back, replacing Robinson. Maxi continued in the left-midfield spot, hoping to score another goal or two and keep his good run going. Newcastle were unchanged from the match against Blackpool. 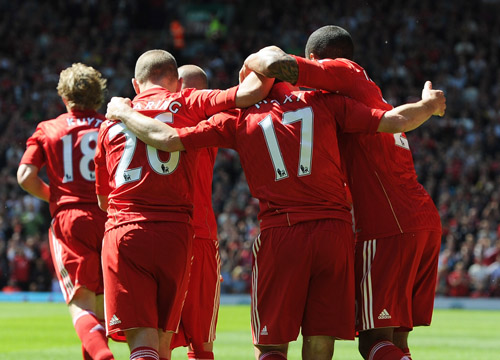