I have to admit that I wholeheartedly bought into the Spanish revolution at Liverpool; so much more than the French one that went before it.

The big difference, of course, was that we got the best of Spanish: best manager, best players. By contrast, we had a second-rate French manager (by comparison with Arsene Wenger, at least). Given that Arsenal had not only got the better French manager, but got their first (two years earlier, in 1996), Liverpool was never going to be the primary destination for elite French talent.

A lot of Reds still shudder at Houllier’s forays into the French market. While he made good signings from Holland, Germany and England, he only really had one single clear success (John Arne Riise) when plundering his homeland. All managers sign their fair share of flops, but in Houllier’s case, they almost always came from France.

And now, in 2011, the key transfer strategist is once again French. While it’s unlikely that Damien Comolli will focus solely on his homeland, it’s interesting to note how many Ligue Une players we are being linked with. That said, so far it’s a Uruguayan from the Dutch league and a Geordie that he’s helped procure.

Obviously managers and Directors of Football have markets in which they feel most comfortable, or perhaps simply more knowledgeable; it stands to reason that contacts will be strongest in someone’s homeland.

But no matter where a player is from, it’s the individual’s talent and mentality that is key. While it’s interesting to look at success and failure rates from different countries, every player is unique.

Gérard Houllier plundered the French market during six years of spending. The list of names reads like a litany of transfer crimes.

On average, each player cost £3.5m (£6.7m in today’s money). The list does not include young players like Carl Medjani or Alou Diarra, neither of whom played a single game for the club. (Diarra was also signed from Germany, not France.)

Now, there are of course different types of signings, which fit into three broad groups: those bought in order to immediately strengthen the first XI (or at least challenge for a spot); those bought based on future potential; and those who make up the squad numbers – the understudies. And it’s clear that all three categories are represented by those players.

Of the list, Song, Camara, Diouf, Riise, Diao, Cissé and Cheyrou were bought for the first XI (or thereabouts), with Diomede perhaps also expected to at least remain on the face of the earth.

Traore, Cissé and Smicer were all key parts of the Champions League triumph a year after Houllier departed, although none was a clear success in their own right. Smicer was very gifted but injured too often, and Cissé was quick and powerful, but also somewhat aimless, and like Smicer, had more than his share of bad luck.

For what was paid, Sinama-Pongolle was a success of sorts, although he never reached his full potential at the club. Titi Camara really succeeded in relation to expectations, with one fine season at the club; but it never amounted to any more than ‘pretty good’. And even though he was a success, John Arne Riise wasn’t outstanding.

Now contrast with the Spaniards/La Liga players (who made a Premier League appearance) signed between 2004 and 2010: 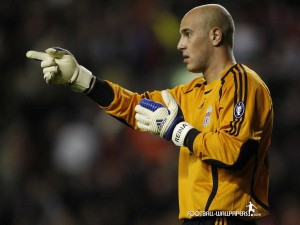 Sixteen players, who cost £71.5m. Obviously Benítez was paying for players at a more expensive time, due to inflation, and that’s where CTPP comes in: £107.8m is virtually identical, in current money, to Houllier’s 15 French buys (£108.1m).

But look at the outstanding successes: three, in the form of Reina, Alonso and Torres. Then come the undeniable, if perhaps unremarkable, successes: Arbeloa, Aurelio and Garcia. And next, the qualified successes of Maxi (who is improving all the time) and Sissoko (who had two fine seasons before a serious eye injury, and was sold for a large profit). Eight out of 16 isn’t a bad ratio for successes, particularly as Pacheco and Ayala can still make that ten out of 16.

So, is this because Benítez was a better judge of player, or because Spanish footballers are better suited to England? Or was Rafa buying a few ‘high end’ talents that cost a lot of money?

Looking at the prices paid for certain French and Spanish players, there’s not a huge difference. In today’s money, Cissé and Torres were £25m and £22m respectively, so it was Houllier who made the most expensive single purchase. Meanwhile, Diouf and Alonso were £16 and £19m when inflation is taken into account; and there was only a couple of million pounds (CTPP) between Reina and Diao, Smicer and Garcia, and Arbeloa and Song.

Then there’s the sell-on profits. Taking all fees at 2010 prices, of the twelve La Liga signings to have been sold, £121m has raised; roughly a 20% profit. (If using non-inflated figures, the profit is even higher, at almost 50%.)

This obviously does not include the hopefully-never-sold Pepe Reina, who could fetch £20m+ in the current market; while Maxi, Ayala and Pacheco, for whom less than a million in total was paid, could raise a fair few million between them.

Compare this to Houllier’s French signings. £108m spent in current money, but only £37m recouped on those sold; meaning that 66% of the money effectively vanished.

But none of this proves that the Spanish market is better than the French one. What’s almost certainly true is that, on average, the 16 La Liga buys had a better mentality than the 15 from Ligue Une.

Of the 15 French signings, there were some hotheads (Diouf, Cissé), some wallflowers (Cheyrou), and those who were happy to hang around and pick up their wages for doing nothing (Diao). None had the psychological toughness of Reina, Alonso, Morientes, Pellegrini, Maxi, or even Torres (2007-2009, at least). Cissé did brilliantly to recover from injury, but on the pitch he was something of a loose cannon.

Is this a national failing? – The French implosion at the 2010 World Cup hints that it is, but previous Spanish camps have also fallen apart, and the stereotypically laid-back Dutch are well known for self-destructing at tournaments. (The English, meanwhile, are often best-known for drinking exploits.) And anyway, can we generalise in such a way?

It’s more likely that this was just a bad collection of players, who lacked the mental strength of many of their compatriots at Arsenal at the time. After all, Patrick Vieira, Robert Pires and Thierry Henry were winners.

It’s fair to say that some nationalities are overpriced, as noted in “Soccernomics”. The example given there relates to the Dutch, and Kuper and Szymanski also go on to reference the cachet of Brazilians (quoting an agent who says “It’s easier to sell a crap Brazilian than a brilliant Mexican.”)

But it’s also about the markets in which you shop. Buying from major leagues costs more than buying from backwaters, for players of similar ability.

The best bargains seem to be found in South America, where the talent can be bought direct from the source. But what tends to happen is that British clubs buy Latinos only after they’ve been a success in Europe. But is this such bad practice?

Take Luis Suarez. Aged 19, in 2006 he moved to Groningen in Holland for a measly €800,000. But at the time he wasn’t even a full international. After impressing, he was bought a year later by Ajax for £7.5m. In the end, it cost Liverpool £22m to bring him to England.

But the fee relates to not only talent, but how ‘proven’ the player is. Groningen took a gamble on a teenager who’d never left his homeland. By 2007, Ajax knew that he could handle European football and life away from South America, but it was only after he starred for them that his ability to lead the line (and lead the team) at a big club was proven. Ideally, you find the player before he’s established elsewhere, and therefore a lot cheaper, but it’s easier said than done.

Liverpool haven’t had the best luck buying directly from South America, although the total of around £11m paid for Lucas, Leto, Insua and Paletta has proved a worthwhile investment, given that Lucas – my vote for the Reds’ player of the year – is now worth at least that amount on his own. Insua’s value had risen to around £5m in 2010, while Paletta’s fee was recouped (and eventually became a profit, as the Reds were due 45% of his transfer fee when he was sold to Parma last summer). A profit was likewise made on Leto.

Again, the South American successes have tended to have first acclimatised to Europe: Mascherano, Aurelio, Maxi and now Suarez: a 66% record (with only Pellegrino and Gonzalez failing), compared with 25% (or 50% if you rate Insua) when buying direct from the source.

Of course, two the four successes were big-money buys who were more likely to succeed, and therefore it was perhaps less about where they were from and more to do with the increased odds for success when paying higher fees. The other two were well-known players on free transfers, while neither of the flops were expensive.

In the past 15 years, Liverpool have probably had their best success rate with Dutch clubs, if not necessarily Dutch players. Ryan Babel didn’t work out as hoped, but Sami Hyypia, Dirk Kuyt, Sander Westerveld, Jerzy Dudek and Luis Suarez result in an 86% strike rate for the Reds when plundering the Eredivisie.

(I include Westerveld and Dudek as successes, as they were pretty good for the most part, and played their part in very successful seasons. Dutchman Jan Kromkamp was bought from Spain, Bolo Zenden arrived from Middlesbrough, and the lovable but totally hapless Erik Meijer from Bayer Leverkusen.)

One way of judging the success of transfers is how many games the individuals start; the better the player, the more chance that they will feature more prominently in the XI. (Those who have injury problems may still be good players, but if they rarely start, it doesn’t necessary make them a good signing.)

For the purposes of this mini study, I’ve excluded kids bought well before they were ever intended to be near the first team, as well as reserve goalkeepers, whose appearances were always going to be limited. It’s not entirely representative of ability, as strikers will be rotated more often than goalkeepers, but it should still provide an interesting guide.

Fulham (A): Match Preview and Discussion