The Unwritten Law of Managerial Suitability

The Unwritten Law of Managerial Suitability

“You don’t know what you’re doing” has to be the harshest phrase for a manager to hear from his club’s supporters. (That said, maybe the name of another manager being chanted ranks up there on the hurtometer.)

While many will think that Roy Hodgson doing well at West Bromwich Albion proves his critics (myself included) wrong, it seems to merely back up my oft-made point: he’s clearly a good manager, but only in certain situations. He has some great skills, but they are not universally transferable. Just as you wouldn’t play Jamie Carragher at centre-forward, even though he’s a long-proven footballer, you wouldn’t want Roy Hodgson managing beyond his comfort zone.

Hodgson’s own latest claim – that it’s nice to have his work appreciated – yet again betrays his own astounding arrogance. At Liverpool he bought badly, spoke in contradictory riddles and delivered a negative goal difference, consistently clueless football and bottom-half-of-the-table performance.

No-one is saying that he didn’t try, or that he set out to fail, but he refused to see how his own methods were not working. Even now, he feels that we were wrong to not appreciate him. What was it we should have been grateful for?

For instance, Hodgson did not rate Daniel Agger, and was looking to sell him. Yet in the last six games without him, the Reds have won only once; in the last six games with him, the Reds have won all six, and not conceded a goal (via @DavePaylor). When I met John Henry in October, one of the things I stressed was the value of the marginalised Agger. To me, Agger, despite injury concerns, is the personification of the Liverpool way.

At the end of December, when Hodgson was still Liverpool manager, I wrote a piece for issue zero of Jonathan Wilson’s new magazine, The Blizzard. (The magazine’s prototype copy has now launched, and includes all of the kind of writers I’m honoured to be associated with. Click the link to buy the PDF as a pay-what-you-want purchase.) 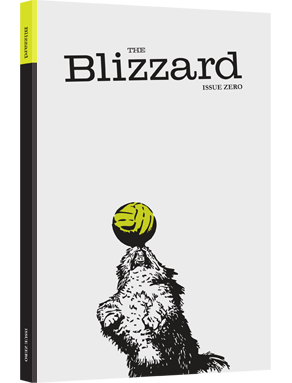 My thesis was the suitability of managers to certain clubs: that one size does not fit all, and bigger clubs need different personality types and skill sets to smaller ones. The idea that Hodgson doing well at Fulham meant he was perfect for Liverpool was deeply flawed.

For the piece, I called upon the research I undertook with Graeme Riley, Gary Fulcher and ‘Pay As You Play’, where managerial success was put into the context of how much teams cost to assemble, with inflation taken into account (to compensate for the differences between, say, 1997 and 2008). Almost every plucky overachiever at a smaller club failed miserably at a bigger club, and in the article (in a different way to the book) I explain why.

Despite this notion that managers deserve to be ‘rewarded’ with big jobs, I’d argue that their reward should be remuneration for keeping smaller ones in the top flight; as Liverpool fans, what did we do to deserve such a bizarre reward? Hodgson deserved the chance, according to his chums. But we didn’t deserve him.

Hodgson said that no-one could do better than him; in came Dalglish, and having inherited a team in 12th place with a negative goal difference, the Reds topped the form league soon after. Liverpool’s form was still not perfect, but it took just three away league games to double the number of wins Hodgson managed in ten, and given Hodgson’s defensive tactics, it’s interesting that the clean sheets have only returned since the club began playing football again.

It’s also fair to note that Hodgson was able to pair Gerrard and Torres together in 70% of league games; in his final two seasons, Benítez only had the two in tandem 43% of the time, with just 37% of the games in 2008/09, when the Reds ‘blew’ the title according to critics. (Thanks to Dan Kennett for these figures.) Yet the productivity of the pair dropped markedly under Hodgson, with Torres’ form instantly improving under Dalglish, albeit briefly.

Since Torres was sold, Dalglish has had to bed in two new players, one of whom is only just now fit; while the other, Suarez, was himself returning from a long time on the sidelines, and didn’t speak English. Gerrard has been suspended for three games, and injured for several more; so Kenny has had little chance to call on Gerrard and Torres (when he was here) or Gerrard and along with even just one of Torres’ replacements. In other words, he’s not had some luxuries that Hodgson was afforded.

I argued that Roy Hodgson’s win percentage stayed more-or-less the same, whether he was at a big club or a smaller one. Winning one of only four games at West Bromwich Albion allows the manager to (rightly) be perceived as doing a good job so far, given the context; but he won only three of his first ten league games Liverpool games, and overall, only seven out of his total of 20. But whatever he does at the Hawthorns has no bearing on Liverpool FC.

Now, I use win percentages as no more than a handy rough guide, because there are always different circumstances involved. Clearly, the greater number of games, the more statistically significant it becomes, but the coincidences and symmetries keep popping up. Is it a mere coincidence to find Kenny Dalglish, whose win percentage between 1985 and 1991 was 60% (the highest of any Liverpool manager), now achieving a 60% win percentage in the Premier League?

Rafa Benítez averaged 57%, and in his best two seasons, 66%. (Incidentally, as an aside, Alan Hansen yet again stated, this time on MOTD2, that Liverpool’s away form has been a problem for the past decade; at times it clearly has, but the club’s best away season for roughly 100 years was just two seasons ago, and 2005/06 was also excellent on the road. The club’s worst away season was under Graeme Souness, and the overall record wasn’t that special under Roy Evans, so I’m not sure why his criticism is limited to the time of Houllier and Benítez, unless exempting his mates or distrusting foreigners.)

But it’s just as much about how you act, and how you are perceived. West Brom fans presumably look at Roy Hodgson as someone who saved Fulham from relegation, took them into Europe, and then to a European final; a great CV for them. Liverpool fans looked at him as someone who’d never won a single trophy outside of Scandinavia, despite his frequently noted 35 years in management, and who failed miserably at Blackburn when they were considered a big club. We saw a manager whose teams scored precious few goals.

Houllier cosying up to the Liverpool fans after Villa lost tamely at Anfield was a kick in the teeth to the Brummies, just as Hodgson putting his friendship with Alex Ferguson ahead of defending Fernando Torres following an accusation of cheating was galling to Kopites. You just don’t do that. Your loyalty has to be to your current club, and the fans paying your wages.

Houllier and Hodgson are cut from the same cloth: ‘bullshitters’, as Dion Fanning referred to them. These are men who carefully manage their own PR, and appear to schmooze the right people. They will constantly take credit where it’s not necessarily due, and overstate their records. No wonder they are good friends.

While on the subject of ex-Liverpool managers, you could also argue that Rafa Benítez was not suited to Inter. After Mourinho and his them-and-us psychology had squeezed every last ounce of effort out of Europe’s oldest squad, many of whom then went to the World Cup (some to the final), perhaps no-one was going to hit the ground running (especially when an injury crisis arose). Samuel Eto’o loved playing for him, because he had been marginalised to the wing under Mourinho; Rafa brought him inside, and he scored lots of goals.

But so many of the players had fallen under Mourinho’s spell, that to replace him with the Portuguese’s ‘enemy’ was always going to be tricky. They remained loyal to their ex-manager; incredibly, so did the owner, Massimo Moratti, who constantly spoke of Mourinho like a man with a crush. Tactically, the aging legs weren’t up to Benítez’s preferred quick-pressing game, and it strikes me as a poorly conceived appointment on those grounds.

Unlike the ire experienced by Hodgson and Houllier, the Inter fans didn’t really turn on Benítez (who was given no money to spend); banners were held aloft in support. So maybe he was doing something right. But even so, it was not a marriage made in heaven.

A manager has to suit the club: both its philosophies and its existing players. If that match is not made, then it’s up to the manager to do his best to alter his approach. Roy Hodgson seemed to think that his methods had served him in good stead for four decades, and in certain situations they had. But he was not someone prepared to fit in with the Liverpool way, either in playing style or winning mentality.

By contrast, it’s in Kenny Dalglish’s DNA. No-one could do better with the same set of players, Roy?