The Czechs are on their winter break at the moment, not getting back into their league season until the end of the month. So, Sparta came into the game with a lot less preparation than Liverpool. However, much like Shakhtar, they have been playing warm-up friendlies (five, in fact) in a bid to get fit. Their last competitive fixture was on 15th December against CSKA Moscow.

Sparta manager Jozef Chovanec opted to include two of his three winter signings in the first eleven. Croat Andrej Keric and destructive midfielder Martin Abena pushed players like Jakup Podany and Libor Sionko out of the team, despite being key parts of the group-stage squad. Tomas Pekhart, the other January signing, was left on the bench, not deemed ready to start the match from the beginning.

Sparta were relatively injury free, while Liverpool were missing several key players. Luis Suarez was cup-tied, while Steven Gerrard and Daniel Agger didn’t even get on the plane, Dalglish unwilling to risk them given their current fitness. Jonjo Shelvey is out for three months, Martins Kelly and Strtel were rested, and Andy Carroll travelled with the squad as an interested observer. Carroll has at least started training with the rest of the squad, but it will be a while before he is in the team. 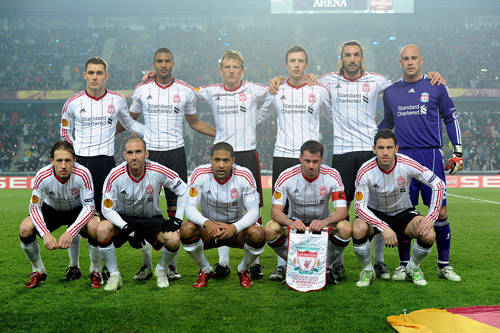