A week after making his European debut as Liverpool manager in Prague, Kenny Dalglish took charge of his first ever European match at Anfield.

By contrast, Dalglish and assistant Steve Clarke had major selection headaches. Injury problems reduced their options in midfield, and if that wasn’t enough Glen Johnson reported an achilles problem just before the game. Aurelio was still injured from the first leg (adductor), and Gerrard was still not risked (with two important Premier League clashes coming up against West Ham and Manchester United). However, after missing the trip to the Czech Republic,Agger was pronounced fit. Kelly, an unused sub in the first leg, was promoted to the starting eleven. 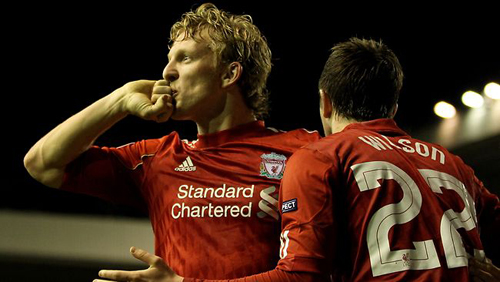