Wolves (A): Match Preview and Discussion

Wolves (A): Match Preview and Discussion 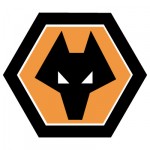 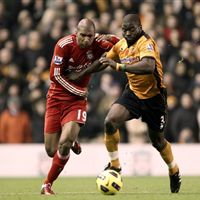 Could this be the first of the relegation ‘six-pointers’ that Liverpool have in store?  Liverpool are four points above the relegation zone and five points separate us from 19th placed Wolves – defeat to the Wanderers will leave us just two points clear of the West Midland outfit who are very much entrenched in a fight for survival. Of course if we beat Wolves then some daylight can start to form between the dreaded drop zone and us.

Liverpool should be the fresher of the two teams as Wolves successfully routed Doncaster 5-0 in their FA Cup 3rd round replay on Tuesday night, whereas Liverpool haven’t played since the 2-2 draw with Everton last Sunday.

[PT: Indeed, Kenny took charge at a horrible time: Old Trafford away, which ended up being played with 10 men for 60 minutes, after the club had already just played Wednesday, Saturday, Wednesday. The rearranged Blackpool fixture – another Wednesday game – was against a side that had rested players in the FA Cup in order to be 100% fresh, and then the Everton game was a culmination of a couple of weeks’ effort, against a side who’d had the week off. That the Reds had no match this midweek should prove to be a big bonus, and help ward against the tiring seen in all three of Kenny’s second-halves since his return, after promising play in each of the first periods.]

What About The Players?