But while Suárez has signed, Torres has yet to go anywhere. In theory, they look like a perfectly balanced front pairing. Hopefully we’ll get the chance to find out.

Suárez is someone who could be deployed in the old Beardsley/Dalglish role, behind the main striker, but equally comfortable in and around the box when he finds himself there (some link strikers are brilliant at setting up chances, but not the best finishers). Suárez is also at home on either side in a 4-3-3; he began his football life as a winger.

Very reminiscent in style, posture and even celebrations to peak-years Robbie Fowler, but is quicker and ‘busier’ (à la Tévez). His finishing at times is like viewing a mirror-image of Fowler (complete with left- to right-foot transition), but he’ll have to go some way to match the young scouser; and of course, he arrives with the added pressure of a fairly big price tag.

Suárez looks physically strong enough to play as the spearhead striker, but at 5’10” (the same as Fowler), is arguably too short for it to be ideal in England. Even though Dalglish’s Liverpool keep the ball on the deck, it often helps to have a fairly tall central striker who can put himself about but also get in behind teams, and that’s where Torres is at his best.

At a fraction more expensive than Darren Bent, Suárez seems a bargain by comparison (as noted on here a couple of weeks back in a piece for subscribers). Suárez fits the Soccernomics strategy to a tee, while Bent, whose fee could rise to £24m, shows just why Englishmen are overpriced.

At only just 24 (his birthday was earlier this week), the Uruguayan is at the perfect buying age, unlike Bent, who is about to turn 27. Bent is not past it, and a good here-and-now solution for a team like Villa with his fine goalscoring record (including quite a few penalties, mind), but in three years’ time the investment will peter out, as might his legs.

The gamble with Suárez is adapting to the English game, but he appears to be physically and mentally suited; if it works out, Liverpool could well have a bargain. Indeed, one Ajax fan told me he played better for them than Wesley Sneijder had.

Another Soccernomics rule is to not buy players straight after a successful World Cup. At the time, as one of the top scorers, Ajax were reportedly quoting around £30m+ for Suárez. The fee hasn’t dropped massively, but at more than £5m it’s still a reasonably significant amount.

One argument I dislike is that because players like Alves, Kuyt and Kezman were all ultra-prolific in Holland but far less so in England, there is some kind of assumption that any striker from the Dutch league will therefore automatically fail to translate that. Someone like … Ruud Van Nistelrooy perhaps? (In Googling his scoring stats, I discovered that his full name is Rutgerus Johannes Martinus van Nistelrooĳ. Fantastic!).

Judge the player, not the league; yes, goals are easier to come by in Holland, but if a striker has more to his game, he can adapt. It can also work both ways. Goals in Spain also seem fractionally easier to come by than in England these days, but Torres’ record has been far better in England. Sometimes it’s down to the club you play for, and the role you perform.

As for being a cheat, was Phil Neville vilified as one when he punched Lucas’ goal-bound shot off the line in the last minute of 2007 Mersey derby? Or, like Terry McDermott in 1981, was he just doing what players do? There are so many forms of ‘cheating’ in every minute of every game; I don’t see why blatant shirt-pulling, or purposefully late tackles, are viewed as lesser crimes than other cynical or instinctive forms of gaining an advantage. (I never got Ireland’s outrage at Thierry Henry; it’s up to the officials to spot these things and punish the individual, but it’s no worse than all manner of transgressions.)

Hopefully the new signing will help persuade Fernando Torres to stay, if, indeed, he is intent on (at the very least) exploring other avenues. He won’t be sold for as little as £35m, that’s for sure.

Unless he desperately wants out, there’s little logic in selling Torres now, given the body blow it would present, but £50m in the summer might just make sense, if it meant bringing in two or three quality players to rebuild the side. Right now there’s just not time to reshape the squad, but over the course of the summer months there’s ample time to make a number of changes. Remember, the last time Kenny sold a world-class striker he bought Barnes, Beardsley and Houghton, and got Aldridge in advance of Rush leaving.

The gamble is that you can lose a top asset who is fairly certain to deliver, and possibly end up with three duds; but part of Spurs’ ascent from Comolli’s time was down to selling players like Dimitar Berbatov and Michael Carrick for massive profit and reinvesting in the squad as a whole. Now Gareth Bale and Luka Modrić are arguably worth even more.

Don’t misunderstand me (although plenty on Twitter still did!) – Torres still has loads to offer, but in just over two years’ time he turns 29, and his value plummets (our research for ‘Pay As You Play’ suggests that once a player hits 29, his value, on average, is almost half what it would be at 28 or younger).

Torres’ contract also expires that summer so, unless he signs a new deal, in 2012 he’ll already be worth far less than he is today. I’m not advocating selling him, just examining the thinking that might go into any decision, once the inevitable emotion is removed from the equation.

Although Suárez is a better footballer than Kuyt, and at this stage not quite as good as Gerrard, it is encouraging to have so many versatile players; not just in terms of starting positions, but in order to switch and swap during matches. A feature of that great 1987/88 side was that players popped up all over the place. Maxi is another who, like Ray Houghton, can drift around the pitch, as can Raul Meireles. (Another John Barnes now would be nice, mind!)

And for me, the damning fact of Roy Hodgson’s tenure (and one of the reasons I was so aghast at his preferred playing style) was that the opposite was almost always true. To be a top side, you need a fluid approach, and that’s why players like Johnson and Agger are so important, given how they can operate in all areas of the field, even if nominally defenders.

Charlie Adam would be another interesting signing, with a great range of passing, but for me, Suárez had to be the priority.

Though used to the Premier League, Adam may have a tougher time translating his very confident style from Blackpool – where he’s the kingpin – to Liverpool; it’d be nice to see him get the chance to try, but right now everything goes through him, and that wouldn’t be the case should he join.

For me, he’d be a squad signing, with the potential to be more, while Suárez is definite first XI material. 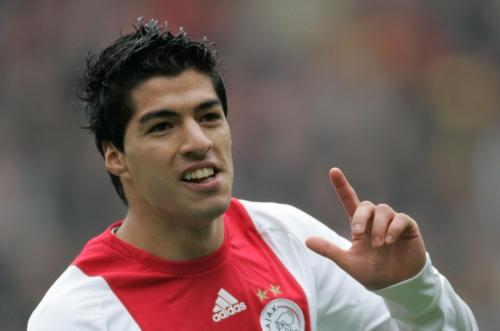