Having studied the club, from a business perspective, in great detail earlier in the year it was clear to see the wheels falling off. To be fair it’s not like you had to study very hard! Fans were complaining with increasing determination to oust our American owners. Finally a couple of months back it happened. Out went Hicks and Gillett to be replaced by the new dynamic duo of Henry and Werner. The only legacy left behind being a deep seated suspicion from the majority of fans, once bitten etc. There was no new stadium, no league title but plenty of ill spent revenues and a bitter taste, which will take years to finally rid ourselves of. 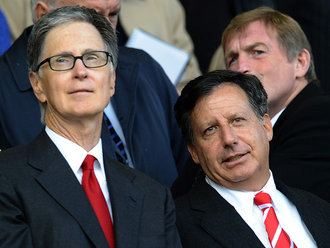 At the height of the turbulence I had to pick a business topic to write my MSc. dissertation on. I’d like to say I immediately thought about the problems at Liverpool Football Club, but the truth is I very nearly wrote about the banking crisis. I’m glad I didn’t. My work on ‘custodian theory’ (linked to Liverpool Football Club) allowed me to interact with fans and really get an insight into how much damage Hicks and Gillett were doing to our club.

While many businesses are focussed, by necessity, on ensuring that client retention is uppermost in their strategic thinking there are other organisations which benefit from an emotive tie to the business; negating the need for such a retention focus to be present. Due to this emotive connection it is suggested the owners are seen as custodians rather than faceless owners. Thus the owners may retain a higher profile than would be normally expected.

The key benefits for this type of business are that customer retention is a lot more assured than would be experienced within other industries. However, it is hypothesised that when customer dissatisfaction is experienced this may manifest itself in other (potentially more harmful) ways. This paper is the first introductory work to validating a new theory entitled ‘custodian theory’.

Custodian theory suggests that businesses whose customers experience an emotive tie to the business should take additional care in respect of corporate social responsibility, communication and customer relationships. This paper also looks to review agency and stewardship theory in relation to custodian theory.

Football clubs were felt to be prime examples of custodian businesses and dis-satisfaction among some football club’s fan bases clearly demonstrated the impacts of not paying attention to custodian theory.
High debts, business deals and an increased competitiveness within the football marketplace are contemporary subjects which are attracting significant press exposure.

One of the main football clubs under the spotlight is Liverpool Football Club. Given their recent press exposure the club was chosen to collate research on from the club’s fan-base. The research undertaken utilised new social networking and internet technologies to collate information to validate the theory. Using an online survey, the case study set out to show that the theory existed and was in need of additional research, together with recording the potential impact of poor custodian theory practices.

Empirical evidence collected has initially validated the theory and this initial study has shown the theory requires additional research; and that custodian businesses (and football clubs in particular) may be causing themselves significant detriment within their marketplaces when they do not pay attention to the aspects of custodian theory.

It was pretty obvious that fans would conclude the most important factor to them as being respectful to the club’s traditions. But even I did a double take when well over half (66%) of the fans reported the club was performing very poorly or poorly in this area. Other important factors included: ensuring on-the-pitch success (72% rated as very poorly/poorly) and managing the club’s debts (75% rated as very poorly/poorly). It became clear very quickly that what was important to fans was being handled very badly by the club.

Then we come to a personal bugbear of mine. Communication was ranked as the joint-second most important factor to the fans. Despite this, three out of every four fans felt the club was performing poorly (or very poorly) in this area. Indeed I argued in my findings this was quite possibly one of the reasons other results had been so bad. It was possible we were performing better than some thought, but the club was so poor at communicating we had to guess how well they might be doing.

Since the arrival of NESV (yes I know they’re now FSG but NESV sounds much cooler) at the club we’ve seen increased interaction. John Henry has met with several fan groups, and of course Paul. It is not really the meetings which have impressed, but more so the listening. Fan groups never seem to think that Mr. Henry is simply paying lip service to them, but is in fact listening (and learning) intently. When they see something isn’t right there are no knee-jerk reactions but rather a tweaking to their long term strategy, for which they should be commended. Many organisations become a sea of change after an acquisition, sometimes this works but often it doesn’t. I much prefer the approach NESV are taking. Delivering managed, well thought out and incremental changes. There was never much doubt that, excluding the debts, the core of the business is very good.

One of the guys that works behind the scenes at the club said to me that the culture has changed significantly. There is an openness which wasn’t there before and a shared vision, two key components for any business. I suspect these are the tip of the iceberg. Yes it is a long term plan but there are immediate changes happening, even if we don’t always see them.

A major change came last night when John Henry and Tom Werner, accompanied by Ian Ayres, appeared on LFC TV for a live phone in show. While it was obvious there was an uncomfortableness about the Roy situation (efforts were certainly made to stay away from the subject) there was also an openness and honesty not seen in the past three years, if ever. John Henry continues to impress me immensely and the key word I would use in relation to his statements is empathy.

The strongest sense of empathy arrives when the discussion turned to moving away from Anfield. Everyone remembers their first time – through the turnstile, up the stairs and as the expanse of green opens up and you hear the chattering from the few fans in there early – all you can do is take that deep breath in and soak up as much as you can. I suspect it was just the same for John Henry. The head will always over-rule the heart with businessmen and he’ll see the bigger picture as the most important; I don’t believe the new stadium decision will be an easy one though. If I was a betting man I’d be putting my money on a re-development of Anfield.

As refreshing as the honesty, was the reality delivered. All parties happily discussed our revenue gaps, payroll and how performance affects sales. There is no getting away from these realities and Hicks and Gillett’s continual attempts to ‘paper over the cracks’ with what they thought we wanted to hear became increasingly embarrassing for a club of Liverpool’s stature. It is good to see that in many ways our new owners appear to be polar opposites from the old ones.

So – cultural changes internally, reality delivered along with a good dose of honesty and most importantly open communication. These are huge steps forward, even if they don’t always look like it. In many ways they are the foundations being laid for the long term plan. As such they must be solid and carefully considered. The wrong ‘design’ or ‘materials’ now could easily see what ever is built on top crumble in future years. I called for NESV to ‘be bold, be different’ in a recent article for Well Red magazine, they are certainly not failing to deliver on that front so far.

The proof of the pudding is in the eating as they say. I am considering running my research again in 2011, once NESV have had a year of control. It will be interesting to see if these bold moves – and let’s be honest Henry and Werner’s decision to have a live phone in (rather than Christian Purslow’s ‘pick his own questions’ session) is bold – have really paid off where it matters. Perhaps they can get somewhere near maximising the revenues of the club and delivering success on the pitch, finally.