Due to the most inconvenient book deadline imaginable, I have been unable to comment on Liverpool’s legal battle in any great depth. It’s obviously an incredibly important time in the club’s history, and the sooner the association with Hicks and Gillett is at an end, the better.

I’m also not an expert in these areas – people keep asking me all kinds of legal questions I cannot even begin to answer – but have been offering brief opinions on Twitter at http://twitter.com/paul_tomkins, and sharing the views of people more clued up on such issues.

(Some excellent and enlightening debate between Subscribers is taking place on this site too, but for this week I’m having to dip in and out rather than get too involved.)

With tomorrow’s announcement in mind – and the fact that this will probably find some way to rumble inexorably on and on – I have a list of people to follow on Twitter to share with you.

Some people worth following in these confusing times:

There are plenty of others, too, but these are some key ones for this week’s events.

We’ve had some amazing times as Liverpool fans, and we’ve shared some tragic ones, too. But this has to be the most surreal – checking for updates on a court case, and hoping for an outcome without fully understanding all the ramifications. 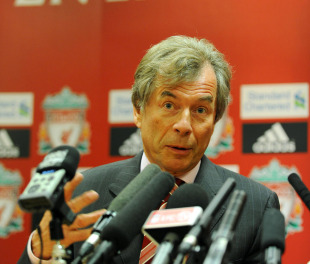