It’s been a tough old season, and one we will all want to forget as quickly as possible. But before wiping it from our minds, here is Part Two of my take on how the individual players fared, From Kyrgiakos to el Zhar.

Part One is here.

Perhaps the surprise package of the season; certainly out of those signed last summer. He was at least 4th choice in terms of Rafa’s shopping list for a replacement for Sami Hyypia, and the early signs made it look like £1.5m was a case of paying peanuts and getting monkeys (or rather, a gorilla).

His debut saw him deal well with the Bolton aerial onslaught, but a bit of clumsiness on the deck suggested he lacked a vital part of his predecessor’s skill-set. Hopes weren’t high.

But then came a run of games at the start of 2010, and suddenly he looked the part, commanding everything in the air and also winning tackle after tackle. A dismissal against Everton showed the indiscipline that has dogged his career, but his experience and aggressive style was just what was needed during the tough winter months. 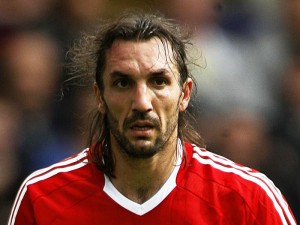