“Just where do you get the best out of Steven Gerrard” asked Clive Tyldesley, with a sense of wonder, during the Debrecen game, as if talking about a great unfulfilled talent who remains an enigma (say, Ryan Babel), rather than the reigning Football Writers Footballer of the Year.

Watching Liverpool last season, few complained about Gerrard’s role as arguably the world’s best second-striker, with licence to affect play in the final third, from where he took a number of teams apart. 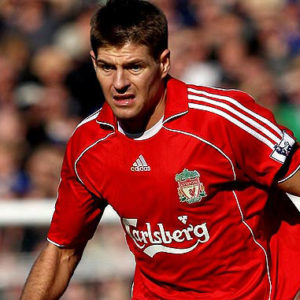 But Andy Gray, in his infinite wisdom, suggested after the Burnley game that Liverpool might have won the league last season had Gerrard played in central midfield (with the exception of encounters against the best sides, when, he felt, Benítez was right to play him up alongside Torres).

Kuyt the Key to Johnson Success