From Where I Was Standing 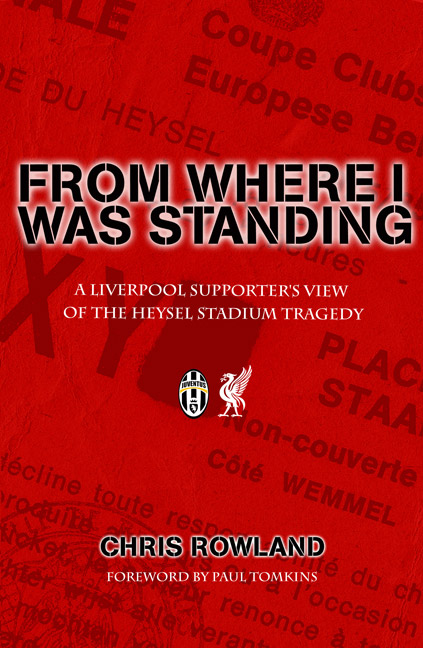 “From Where I Was Standing: A Liverpool supporter’s view of the Heysel Stadium Tragedy”

I have also written the foreword for Chris Rowland’s book, ‘From Where I Was Standing: A Liverpool supporter’s View of the Heysel Stadium Tragedy’.

Chris, now in his fifties (and one of the ‘Dynasty’ Brains Trust), has attended the last ten of Liverpool’s European finals, and over a year ago asked if I’d be interested in publishing his book, which was written largely in 1985 following the disaster, and subsequently updated in the intervening years following developments and repercussions.

It starts as amusing account of the journey to Belgium with a motley crew of Reds, before the trip took on its dark, tragic air; from which point it examines what took place, and the aftermath. I feel it’s an important account of what took place, and sets the record straight about an event that tarred all Liverpool fans with the same brush.