May 23, 2019 In By Andrew Beasley, Statistical Analysis, Subscribers Only

Jürgen Klopp has a remarkable European record at Liverpool. His Reds have played 10 two-legged knockout ties, and successfully navigated them all. 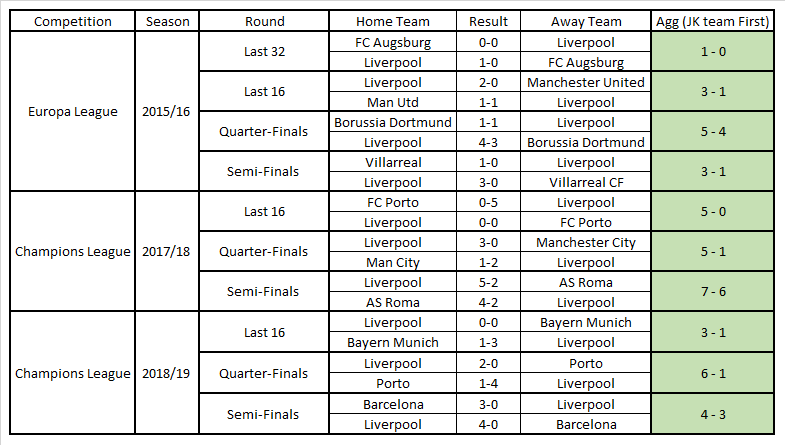 While that’s undoubtedly a remarkable achievement, if you happen to mention it on social media you’ll get a predictable volley of replies from rival fans. “Yeah but what about finals, lol #fraud” and the like.

As good as Klopp’s career has been, his record in cup finals is something of an elephant in the room. Dortmund won the 2012 German Cup final with a stunning 5-2 win over Bayern Munich, having won the league both that year and the year before, but Klopp’s sides have lost all six finals they have contested since.

So as Liverpool go in search of Number Six in Madrid shortly, their manager will hope his own poor run ended at number six. But does Klopp deserve his reputation as someone whose team do not perform well in finals? Let’s take a look at his win-less run and see how his Dortmund and Liverpool teams got on. Using historic bookmaker odds, it’s also possible to see what chance Klopp’s team had of taking the trophy home ahead of kick off.